Tim’s current project explores the development of English moral theology and political philosophy from Richard Hooker to John Locke. In part this will be a historical exploration of the conceptual genealogy of ‘things indifferent’. This concept was derived from the ancient Stoic idea of adiaphora (in Greek, ἀδιάφορα), which originally referred to those things which were deemed to fall outside of the legitimate or practical cognizance of the moral law. The classical origins of this concept are significant. The increasingly contested question of the relationship between classical moral philosophy and the Christian revelation sits at the heart of this inquiry. A central objective of this study will be to examine how and why the concept of adiaphora was increasingly employed in England to demarcate the legitimate—and perhaps discrete—jurisdictions of both civil and religious authority under a divinely-authored law of nature. In this regard, this project will advance our understanding of the English contribution to wider European debates regarding natural law and toleration, a subject which has recently attracted considerable scholarly attention.

Tim Stuart-Buttle is a postdoctoral research fellow on the ERC-funded project ‘Crossroads of Knowledge in Early Modern England: the Place of Literature’.

Tim completed his D.Phil. in History at the University of Oxford in 2013. His doctoral research explored the importance of a tradition of Ciceronian academic scepticism in the development of British philosophy from John Locke to David Hume (c.1660-1760). It indicated the centrality of Cicero—specifically as an academic sceptic, rather than a Stoic—for contemporary understandings of the interrelationship between epistemology, moral philosophy and religious apologetic. Individual chapters focused on Locke, Shaftesbury, Bernard Mandeville, Conyers Middleton and Hume.

Cicero and the 'Science of Man' from Locke to Hume, Hume & His Context: Religion and Morality, University of Antwerp, 28-9 May 2015

Locke and Mandeville on the Moral Consequences of Religion, The Fable of the Bees After 300 Years, Helsinki Collegium for Advanced Studies, 12-14 June 2014 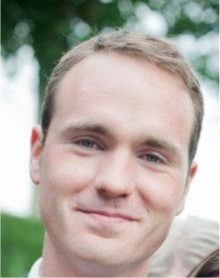