Zones of Entanglement: Interdisciplinary Systems of Knowledge from the Enlightenment to the Present

As print culture has proliferated and specialization has intensified, the dream of gathering up the disjecta membra of knowledge has persisted: whether in the material form of encyclopedias or in projects like Hegel’s Encyclopedia of the Philosophical Sciences (1816-32) that try to focalise knowledge that 'matters' through a single (inter)discipline. During my fellowship, I will work on a book that deals with the changing location of, and pressures on, a knowledge which, as early as the 18th century, did not want to be reduced to information. This book, on Entangled Knowledge: Encyclopedics, Theory and the University from Hegel to Foucault, deals with comprehensive or 'encyclopedic' systems of knowledge in the humanities from Idealism and Romanticism, through the 19th and early 20th centuries, to deconstruction. Following Derrida and Foucault’s Order of Things (1966) I see deconstruction as an interdisciplinary episteme that came out of the crisis of French philosophy in the 1950s and 1960s rather than as the literary theory it became at Yale in the 1970s. The book is thus a genealogy of how the Idealist organization of knowledge around a philosophy engaged with its margins provides the preconditions for 'Theory', which Derrida describes as 'an original articulation of literary theory, philosophy, linguistics, psychoanalysis, etc.' While beginning with Hegel and Friedrich Schelling, I also take in Kant’s Conflict of Faculties (1798), introducing a running motif in my study: the location of philosophy and Theory in the shifting power-relations between the faculties in the university. Derrida’s 'Theory', while encompassing areas like law and biomedical research, does so from the perspective of a 'New Humanities'. To explore what is at stake in this New Humanities and its precursors I will therefore frame it against other organisations of knowledge like the post-Baconian emphasis on technology of the French encyclopédistes, Comte’s positivism which thinks knowledge (against Kant) in relation to industry, Burckhardt’s assertion of history and an early form of cultural materialism against Hegelian philosophy, and finally Cultural Studies as following in the wake of a tradition I will also take up: the Scottish Enlightenment’s location of knowledge in the sciences of wealth and society.

Professor Tilottama Rajan is a visiting fellow at CRASSH, Easter 2014.

She comes from the Department of English at the University of Western Ontario. She has been the Director of the Centre for the Study of Theory and Criticism since July 2012.

Her publications include Romantic Narrative: Shelley, Hays, Godwin, Wollstonecraft (Johns Hopkins UP, 2010), Deconstruction and the Remainders of Phenomenology: Sartre, Derrida, Foucault, Baudrillard (Stanford, 2002) and The Supplement of Reading: Figures of Understanding in Romantic Theory and Practice (Cornell, 1990). 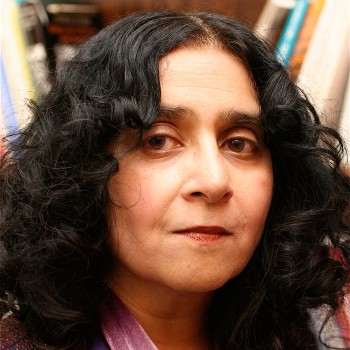