Dr Thomas Lee is a Visiting Fellow and will be at CRASSH in Lent Term 2020.

Design has not been a common or even peripheral subject in literary fiction and storytelling cultures of western modernity. The same is not the case for architecture, for example, which enjoys a prominent and meaningful role in the works of writers such as Alan Hollinghurst, W. G. Sebald and E. M. Forster, to name a few. Science and engineering are a staple of science fiction, and artists often feature as the subject of literary biographies and in feature films. Among the design disciplines, fashion is perhaps the exception in this regard. Famous fashion designers and the fashion industry often feature in contemporary popular fiction and cinema—‘fashion fiction’ is reasonably well represented category on Good Reads, for example. There are plenty of books about product design written as ‘how stuff is made’ or ‘histories of everyday objects’ (for example, see Petroski 1993; Molotch 2003; or Charles and Marjorie Quennell’s expansive histories of everyday things 1918-1934). However, to name just one example, these works do not employ the same technical and imaginative ingredients that someone like Hollinghurst displays in The Strangers Child(2011), when he situates the architectural aesthetics of Victorian England within a multigenerational account of the twentieth century, which tells us much about the temperament of the British people during that period, without reducing anything to an archetype.

While I am a Visiting Fellow at CRASSH, I will further investigate how combining literary writing and design research might offer new insight into the relationship between humans and non-humans. I use the (bad) name ‘desi-fiction’ as hypothetical genre that designates this concern. The name is inspired by Bruno Latour’s coining of the genre ‘scienti-fiction’, which he proposes as the name for a new tradition of writing about non-humans—a broad designation which might encompass technology, nature or things. Latour argues that science fiction tends to focus on the implications of technology as an object, rather than a project—which is his preferred designation—and typically suffers from exploring the exhausted trope of humans mastering their environment through technology and the threat of technology becoming the master of humans (2008). Desi-fiction is a genre which is animated by three different, though interrelated objectives: 1) to offer a new way of representing design practice, research and design objects, which will then form part of the growing but still relatively nascent repertoire of approaches used in this area; 2) to provide an experiential insight into the graded relationship between design as form of disciplinary expertise and its vernacular applications; 3) to evolve an engaging and insightful approach to telling stories that allows people to experience the way new possibilities for meaning and action emerge from interactions between humans and non-humans.

Dr Thomas Lee is a Senior Lecturer in Design Studies in the Faculty of Design, Architecture and Building at the University of Technology, Sydney. His research draws from literature, literary theory, philosophy of technology, aesthetic theory, science studies and design to offer distinctive interpretations of subject-object hybrids that are often grouped under the now anodyne name of consumer culture. In his practice as an awarded writer of fiction and narrative non-fiction, he is concerned with the way particular feelings and sensations attach to and are expressed in objects and places, and how such feelings are complicated over generations through technological, political and economic change. Dr Lee is currently working on a manuscript to be published with MIT in 2020 titled, Imagining design: Narrative and theoretical explorations of emerging technologies. He has published in a range of academic journals, including The Journal of Aesthetics and Culture, Design and Culture, The Design Journal and The International Journal of Food Design and The Human Ecology Review. 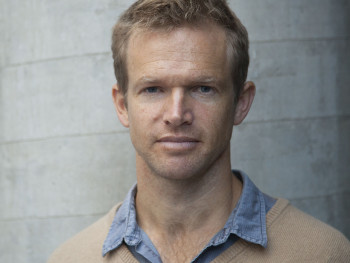