During this CRASSH Fellowship I will be working on two new compositions: a set of four pieces for large orchestra and an operatic project, which began life in development with English National Opera during my period as House Composer there. The stage work is concerned with themes of, on the one hand, freedom and imprisonment, and on the other, reality and imagination. These ideas are mirrored in the use of live versus recorded sound, 'real' versus virtual stage action and black-and-white versus colourful imagery. The orchestral pieces will be four contrasting studies in instrumental colour, exploring how musical character can be conveyed by composite 'super-instruments' - combinations of individual colours which can sometimes seem as if more than the sum of their parts.

Richard Causton is University Reader in Composition and Fellow in Music at King's College, Cambridge. He studied at the University of York, the Royal College of Music and the Scuola Civica in Milan, and his music has been performed by ensembles such as the BBC Symphony Orchestra, City of Birmingham Symphony Orchestra, Orchestra of the Age of Enlightenment, the Halle and Sinfonieorchester Basel. Recordings of his work have been issued on the Metier, Delphian and London Sinfonietta labels, and most recently on NMC, whose portrait disc Millennium Scenes was listed as No.1 in the Contemporary Composers section of the Sunday Times' 100 Best Records of the Year 2014.

In 1997 Causton was awarded the Mendelssohn Scholarship, which enabled him to study in Milan with Franco Donatoni. Other distinctions include First Prize in the Third International ‘Nuove Sincronie’ Composition Competition, a British Composer Award and a Royal Philharmonic Society Award. In 2003-5, Causton was Fellow in the Creative Arts at Trinity College, Cambridge.

In addition to composition, Causton writes and lectures on Italian contemporary music and regularly broadcasts for Italian radio (RAI Radio 3). Recent works include Twenty-Seven Heavens for orchestra, commissioned as part of the London 2012 Cultural Olympiad and premièred at the Amsterdam Concertgebouw under the direction of Gianandrea Noseda, and De Profundis for solo cello, premièred in 2014 by Anssi Karttunen. 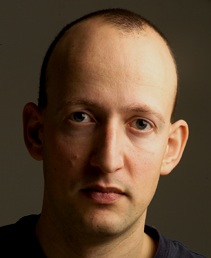