Dr Ratheesh Kumar is the Charles Wallace India Trust Fellow 2020-21 and had hoped to be at CRASSH in Easter Term 2021. Due to the pandemic his Fellowship has been deferred until Easter term 2022.

Cricketing Past and the Political Present: Sport and Youth Culture in a South Indian Small Town

Tellicherry, a British administrative small town in the erstwhile Malabar region’s shoreline of north Kerala, had experienced the excitement of cricket during the early decades of the 19thcentury, when Lord Arthur Wellesley introduced the game to the local population. Lower caste communities like the Mukkuva (Fishermen) and Dobi (Washermen) were the major social groups actively involved in mastering the foreign game at that period. Tellicherry Cricket Club was one of the early cricket clubs in India. However, the longstanding ‘provincial’ past of a colonial game, of such fundamental social and cultural importance in the present times, finds little space in academic writings as well as in recorded histories of the game.

Sport history is crucial to make sense of not only the embryonic sporting heritage of a nation, but also to understand the politics of colonialism, nationalism, and the social relations that stem from this context. In India, sociological and anthropological explorations of sport have always been at the margins of scholarly efforts at understanding social life. Apart from limited instances, academic writings have tended to ignore the possibility of studying social formations through the lens of sport culture. Scholars of cricket history like Ramchandra Guha, Ashis Nandy and Boria Majumdar among others have scripted the history of Indian cricket primarily from the big cities of Bombay, Calcutta, and Madras.

This study is an attempt to trace the transitions of youth culture and identity formations in a colonial small town in South India through an exploration of its cricketing past and juxtaposing it with the political present. While attempting to write the social history of cricket from below, the research charts out the formation of caste and religious identities in the backdrop of sport culture and its colonial past. The present day social fabric, political life and youth culture in the small town have their roots in the colonial making of sporting traditions, attitudes and an accompanying physical culture; and the study also hopes to map those cultural underpinnings.

Ratheesh Kumar currently works as Assistant Professor at the Centre for the Study of Social Systems, School of Social Sciences, Jawaharlal Nehru University, New Delhi, India. He has previously taught at the Department of Anthropology, University of Hyderabad and at the School of Interdisciplinary and Trans-disciplinary Studies, Indira Gandhi National Open University (IGNOU), New Delhi. His teaching and research interests are in the areas of popular culture, media anthropology, sociology of education, critical pedagogy, and debates in ethnography. He  completed his PhD from the Department of Humanities and Social Sciences, Indian Institute of Technology Bombay (IIT Bombay).

Kumar’s recently published book titled Friendship – In and Out of the Brackets: The Sociology of Friendship (2019 - in Malayalam) explores the micro-politics of cultural identity and everyday social relations in the informal sites of higher education in India. His other recent publications include the book chapters titled 'Theorising Experience: On Critical Pedagogy and the Subject Matter of Caste' (2018), and 'Listening Global: Sonic Texts, Technologies and the New Listening Subjects' (2020 Forthcoming), His articles appeared in journals and magazines on the themes of education, ethnography and popular culture. His ongoing research projects include: 1. “Sport and youth culture in a south Indian small town” with a focus on cricket and its colonial past; 2. “Popular soundscapes and the formation of cultural identity” with reference to the Brass music culture of Kerala. 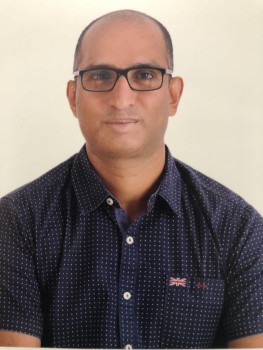