Dr Rachel G. Hoffman is a Research Fellow on Conspiracy and Democracy, a research project funded by the Leverhulme and based at the University of Cambridge.

Dr Hoffman is also a Fellow in History of King’s College. She completed her BA in History at Brown University, and her MPhil and PhD in History at Cambridge, where she was a Cambridge International Scholar. She has held visiting research positions at Yale University and the New School for Social Research.

Dr Hoffman is currently advising the Ministry of the Interior of the Slovak Republic on the National Strategy for Countering Extremism.

Dr Hoffman works on modern European history, with a particular interest in the intersections between cultural and political history. Her research focuses on assassination plots and attacks, revolutions, and conspiracy and, more generally, violence and politics, and state attempts to maintain order in the modern age. She is also interested in the global dimension and connections of these themes in intellectual and world history. Her Cambridge doctoral dissertation examined assassinations in Germany during the long nineteenth century. Rachel’s current research projects explore the connection between conspiracy theories and revolutions and counter-revolutions in nineteenth- and early twentieth-century Europe; the spread of revolution in 1917; the age of assassination in Europe; and the broader relationship between politics and violence in modern history.

As part of her research on the Leverhulme-funded project on Conspiracy and Democracy, Rachel is examining the connection between conspiracy theories and revolutions in modern Europe. Between the Atlantic Revolutions and the First World War, Europe experienced an explosion of conspiracy theories. State and police officials, politicians, journalists and political writers, and the public in general, frequently explained events by creating and drawing on notions of conspiratorial intrigues, variously accusing liberals, Catholics, Jews, Freemasons, socialists, communists, anarchists and other groups of engaging in covert schemes to manipulate social and political affairs. Revolutions, and the restoration of the social and political order that followed, were breeding grounds for conspiracy theories. Taking the major revolutionary breaks of 1789, 1848, 1871 and 1917 as a vantage point, the project addresses the relationship between conspiracy theories, revolutions and counter-revolutions in a comparative study. 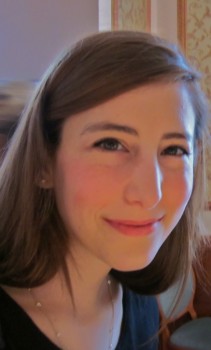