Philippe Descola is a visiting fellow at CRASSH and will be here for the Michaelmas Term 2018.

While at CRASSH Descola will be leading a workshop with Renaud Gagné on comparatism, the second in a series which began in the Lent Term of 2018 as a follow-up of the Sawyer Seminars on the History of Cultural Comparatism. The workshop will look at how representations and experiences of local bounded space interact with conceptions of the world as a whole in different cultures at different times. It will assess the possibility of establishing a comparative framework for analyzing the relation between land occupation and usages and broader cosmological frameworks in various social and cultural settings.

Descola initially specialized in the ethnology of Amazonia under the supervision of Claude Lévi-Strauss at the École Pratique des Hautes Études where he obtained his doctorate, focussing on how native societies relate to their environment. He has published extensively on his field research with the Achuar of Ecuador and on the comparative analysis of the relations between humans and nonhumans, including images. Among his single authored books translated into English are In the Society of Nature(Cambridge University Press, 1994), The Spears of Twilight (Harper Collins 1996), Beyond Nature and Culture (The University of Chicago Press, 2013), The Ecology of others(Prickly Paradigm Press, 2013).

Philippe Descola holds the chair of Anthropology of Nature at the Collège de France and is a Director of Studies at the École des Hautes Étudesen Sciences Sociales, Paris.He is a fellow of the British Academy and a foreign member of the American Academy of Arts and Sciences; he was awarded in 2012 the Gold Medal of the Centre National de la Recherche Scientifique, the highest scientific distinction in France. 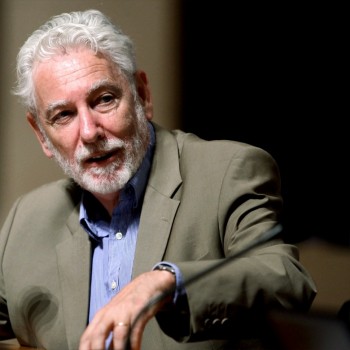