While at CRASSH Dr El Harthi will be researching Planning of Quality Assurance Institutionalization Politics: Libyan University Education Development Policy 2025. This project is based on preparing the study plan, examining the necessity for quality assurance institutionalization planning politics in the Libyan university institution, and providing it as an indicator, concepts and policy formulation for the strategies and quality of university education.

Dr El Harthi will also be working on the Understanding and Emerging Political and Social revolts from the Arab Streets and Squares: Challenges and Prospects for Younger Generation Revolts.

Dr Milad El Harthi is currently a visiting fellow at CRASSH.  He is a former Chair of the Political Science Department at the University of Benghazi, Libya, where he specialized in international political theory, comparative politics, politics of power and civic society agencies, particularly in modern Libya.  He was also formerly Director of the Researching and Training Center at Benghazi University.   He has been a Visiting Professor at both Moscow State University and the Arab Academy in Denmark. He is a member of the editorial board of several European journals. He was awarded his PhD in 1996 at the University of Warsaw. His main teaching interests are European Politics, Political Science, Public Administration, Humanity and Social Science Methodology, Foreign Policy and Intenational Politics. 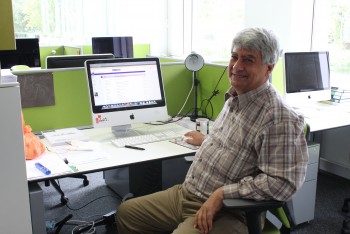