Dr Martin Worthington will be an Early Career Fellow at CRASSH in Michaelmas Term 2018.

Interpreting the Minor Masterpieces of Babylonian and Assyrian Literature

My work at CRASSH follows directly on from completion of a book project on a single speech in the Gilgamesh Flood story.   As an Assyriologist who is interested in both philology and literary interpretation, I found through my Gilgamesh book that there is great scope for closer integration of philology and literary criticism for Babylonian literature.  Each can raise new questions about the other, and once these start being pursued, projects can mushroom surprisingly quickly.

My CRASSH project is to start a monograph on the ‘minor masterpieces’ of Babylonian literature. Tackling short but interesting works, I hope to show that their analysis can be pushed further than is usually suspected.  At the same time, this will involve ruminating on the workings of Babylonian poetry at large, in particular re the structure of the poetic line.

Martin is senior lecturer in Assyriology at the University of Cambridge, and a Fellow of St John’s College.  His first degree was in Ancient History and Egyptology (UCL, 2000), but he has since specialised in Akkadian language, literature and philology, writing Teach Yourself Complete Babylonian (Hodder, 2010) and Principles of Akkadian Textual Criticism (De Gruyter, 2012).  He was a Junior Research Fellow at St John’s College, Cambridge, and a British Academy Postdoctoral Research Fellow at SOAS, University of London.  He has taught Akkadian (and Sumerian) in Cambridge, Chengdu, London, Moscow and Udine. 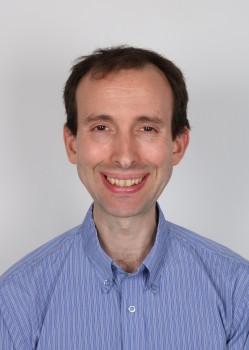