Dr Martin Ruehl is the Crausaz Wordsworth Interdisciplinary Fellow in Philosophy 2017-18 and will be at CRASSH in Lent Term 2018.

Nietzsche on slavery and what it means to be human

I will use my fellowship at CRASSH to re-examine some of Nietzsche’s most central philosophical assumptions – about moral universalism, human excellence and the “worth” or value of human life, and the notion of a shared humanity – in the light of his reflections on slavery.

Slavery is a recurrent theme in Nietzsche’s writings. There are more than 300 references to “Sklaverei”, “Sklave” and their cognates in the Kritische Gesamtausgabe. The vast majority of these strongly affirm the necessity of slavery: for the flowering of Ancient Greek civilization; for the regeneration of contemporary European culture; for the establishment of a new nobility based on a new social “rank-ordering” (Rangordnung); and for the elevation of “man” into “superman”. Nietzsche seems to formulate some of his most radical ideas about human flourishing and autonomy in the context of their opposites, what he calls “the danger of servitude” (die Gefahr der Knechtschaft) and the “incomplete” (unvollständig) humanity of the slave (Twilight of the Idols, 1888). But slavery, for him, is less a foil to than a condition of human greatness. In The Gay Science (1882), he significantly mentions “subhumans” (Untermenschen) as the natural attendants of heroes and Übermenschen.

Scholars to date have either ignored these comments (Deleuze 1962, Magnus & Higgins 1996, Schrift 2000, Leiter 2014) or urged us to read them “metaphorically” (Kaufmann 1950, Nehamas 1987, Clark 1999, Acampora 2013). Political theorists eager to claim Nietzsche as a champion of radical democracy (Connolly 1991, Honig 1993, Owen 1995) in particular have tiptoed around them. As a result, one of the most singular features of Nietzsche’s thinking remains virtually un-examined, and we are still faced with a sizeable explanandum: Nietzsche’s peculiar status as the only modern philosopher to fundamentally reject the principal credo of modernity, viz., that all men are created equal and have an inalienable right to liberty. The failure of the experts to tackle Nietzsche’s defense of slavery has come at a cost. To begin with, it has left us with an impoverished understanding of his moral and political philosophy, central concepts of which – ressentiment, “master morality”, “aristocratic radicalism”, Zucht (discipline) – are closely tied to his ideas about slavery.  More specifically, it prevents us from appreciating the full force of his critique of (Kantian) moral universalism and of liberalism, both of which Nietzsche regards as products of the grand Enlightenment narratives of progress and emancipation, or what he calls the “siren songs” of “equal rights” and “a free society” (The Gay Science).

For these reasons, a sustained analysis of Nietzsche’s conception of slavery is a genuine desideratum in an otherwise over-studied field. My aim is to historicize Nietzsche’s calls for new forms of slavery – and to politicize them. There has been a tendency in much of the French (see e.g. Derrida 1979) and Anglo-American scholarship (see e.g. Nussbaum 1994) to read Nietzsche’s philosophy as essentially apolitical, and it this reading that I intend to challenge. I am not going to attach any neat ideological labels to Nietzsche or to reiterate earlier critical interpretations of his thought as anti-democratic, “elitist”, or even proto-fascist (e.g. Lichtheim 1972). Rather, I want to consider his comments on slavery in the light of specific themes of political theory, notably questions of social justice, universal rights (and obligations), negative and positive conceptions of liberty, human autonomy and “the good life”. In doing this, I hope to reveal the truly radical nature of Nietzsche’s critique of liberalism and the intriguing connections between this critique and his anti-humanism.

Martin Ruehl is Senior Lecturer in German Thought at the University of Cambridge. His research concentrates on the ideas and ideologies that shaped German society and culture in the period between Bismarck and Hitler, in particular the philosophy of Friedrich Nietzsche and its reception since the 1890s. He has published books and articles on Nietzsche, Burckhardt, Thomas Mann, Ernst Kantorowicz, German historicism and grecophilia. His essay on aesthetic fundamentalism in the writings of the George Circle appeared in Weimar Thought: A Contested Legacy (Princeton 2013). His monograph The Italian Renaissance and the German Historical Imagiation, 1860-1930 (Cambridge 2015) was shortlisted for the Gladstone History Book Prize of the Royal Historical Society. The recipient of a British Academy Mid-Career Fellowship, Ruehl is currently writing a book on German ideas of Europe before World War I. In February 2017, he was awarded the Pilkington Prize for Teaching Excellence. 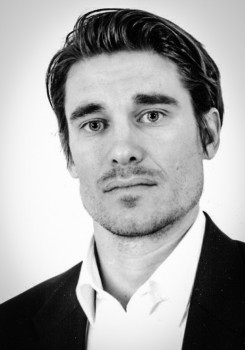