Louise Joy is a Fellow and Director of Studies in English and the current Vice-Principal of Homerton College, Cambridge. She completed her PhD and MPhil at the University of Cambridge, following an undergraduate degree at the University of Bristol. In 2013 she held a CRASSH Early Career Fellowship, and in 2015 was a visiting research fellow at Princeton. Her research is rooted in the literature and culture of the long eighteenth century. She is especially interested in early prose fiction, affect, and the history and philosophy of education. She has recently completed her second book, Eighteenth-Century Literary Affections (forthcoming 2020), which examines the mediating role played by the category of the affections in eighteenth-century contestations about reason and passion. Her first book, Literature’s Children: The Critical Child and the Art of Idealization (2019), brings literary theory into dialogue with the philosophy of education to provide a new account of the complex relations between literary aesthetics and literary didacticism at work in children’s literature. Alongside articles and essays on a range of topics relating to eighteenth-century literature, the emotions, women’s writing, and the history of children’s literature, she has also co-edited two volumes of essays: Poetry and Childhood (2010) and The Aesthetics of Children's Poetry: A Study of Children's Verse in English(2018). With Eugene Giddens and Zoe Jaques, she is currently co-editing the first two volumes of The Cambridge History of Children's Literature (forthcoming 2021). 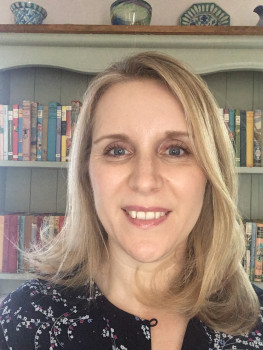