From the protocinematic sequencing of Eadweard Muybridge’s horse and Etienne-Jules Marey’s cat to the proliferation of animal images on video-sharing platforms such as YouTube, the ontologies and histories of animal life and the moving image are deeply interlocked. But until relatively recently, animals have been curiously absent from theorisations of the moving image, despite the prominence of debates about ecocriticism and the ‘more-than-human’ in related fields such as philosophy and literature. Film theory is now turning to address its own anthropocentric assumptions, opening up questions of vision, embodiment and subjectivity beyond the human, but there is still much to be drawn from articulations of the ‘animal turn’ in cognate fields. This project brings recent philosophical reflections on the ethics and politics of animal life, by thinkers such as Jacques Derrida, Jean-Luc Nancy and Jean-Christophe Bailly, into contact with contemporary works of international art cinema, including films by Claire Denis (France), Denis Côté (Canada), Lisandro Alonso (Argentina) and Michelangelo Frammartino (Italy). With a particular emphasis on questions of duration and relationality, I ask how these recent films bear witness to worlds beyond the human. In dialogue with CRASSH’s theme of ‘The Location of Knowledge’, and the strand on technology and disciplinarity in particular, this project suggests ways in which the anthropocentric foundations of film theory as a discipline – and of the humanities more broadly – are being reshaped by recent philosophical thought and screen practices.

Laura McMahon is a Fellow in French and Director of Studies in Modern and Medieval Languages at Gonville and Caius College. Her research interests lie in connections between cinema and philosophy, especially in contemporary French contexts. She is the author of Cinema and Contact: The Withdrawal of Touch in Nancy, Bresson, Duras and Denis (Legenda, 2012), editor of the ‘Screen animals dossier’ (Screen, 2015) and co-editor, with Michael Lawrence, of Animal Life and the Moving Image (BFI, forthcoming). Her current research project explores representations of nonhuman life in contemporary film and philosophy. Recent related publications include ‘Beyond the Human Body: Claire Denis’s Ecologies’ (Alphaville, 2014), ‘Animal Worlds: Denis Côté’s Bestiaire (2012)’ (Studies in French Cinema, 2014), and ‘Animal Agency in Le Quattro Volte’ (Screen, 2015). 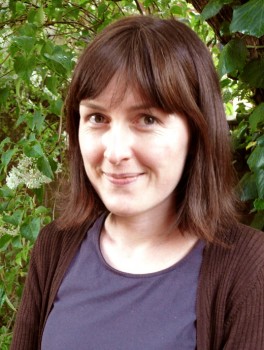