Jerome John McGann is an American academic and textual scholar whose work focuses on the history of literature and culture from the late eighteenth-century to the present.

Jerome McGann is a member of the American Academy of Arts and Sciences and has received honorary doctoral degrees from University of Chicago (1996) and University of Athens (2009). Other awards include: Melville Cane Award, American Poetry Society, 1973, for his work on Swinburne as "The Year's Best Critical Book about Poetry"; Distinguished Scholar Award from the Keats-Shelley Association of America (1989); Distinguished Scholar Award from the Byron Society of America, 1989; and the Wilbur Cross Medal, Yale University Graduate School, 1994.

In 2002 he was the recipient of three major awards: the Richard W. Lyman Award for Distinguished Contributions to Humanities Computing, National Humanities Center (first award recipient); the James Russell Lowell Award (from the Modern Language Association) for Radiant Textuality as the Most Distinguished Scholarly Book of the Year; and the Mellon Foundation Distinguished Achievement Award.

He has been a Fulbright Fellow (1965–66), an American Philosophical Society Fellow (1967) and Guggenheim Fellow (1970–71, 1976–77) and has been awarded NEH grants in 1975-76, 1987–89, 2003–2006, as well as grants from the Getty Foundation, the Delmas Foundation, and the Mellon Foundation. He has held more than a dozen other appointments, including President, Society for Textual Scholarship, 1995–1997; and President, Society for Critical Exchange, 2005-6. Since 1999 he has been a Senior Research Fellow, Institute of English Studies, University of London and since 2000 a Senior Research Fellow, University College, London.

Jerome McGann's most notable works were the two books published in 1983, The Romantic Ideology and A Critique of Modern Textual Criticism. McGann has also written four books of poetry including Air Heart Sermons (1976) and Four Last Poems (1996), both published by Pasdeloup Press in Canada. In 1993, McGann began his The Rossetti Archive (1993–2008). He is also the founder of the Applied Research in Patacriticism digital laboratory, which includes such software projects as IVANHOE and NINES.

While in Cambridge Jerome McGann will give a public lecture on 14 May and participate in  three closed seminars. 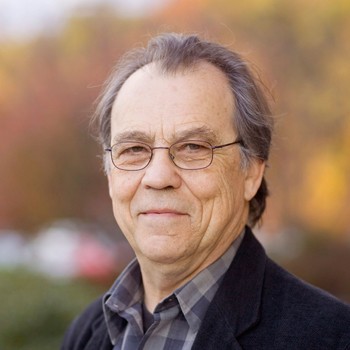