Dr Jennifer Rampling is a Conversions Fellow 2016-17 in Michaelmas Term 2016.

The Conversion of Matter: Alchemical Image-Making in England, 1450–1650

The conversion of matter was a central problem for early modern alchemists. Any system of natural philosophy must account for the apparent transformation of one substance into another, accompanied by the loss of its previous state. Yet such dynamic processes are almost impossible to describe in a manner that accurately conveys either the profundity of matter, or the minute increments through which it changes form. Describing the transmutation of materials was thus a problem of communication as well as explanation – a problem that alchemists tried to solve by using images as well as texts.

During my Conversions fellowship, I will study how alchemists used images to develop analogies with other fields of knowledge. The ability of fixed matter to become volatile – even to “disappear” from sight, and then reappear – evoked wider theological and medical debates about the relationship between body and soul, corporeal and incorporeal substances, and the generation of new entities (animate or inanimate) from earlier states of being. From diagrammatic wheels and alphabets inspired by the philosophy of Ramon Llull, to allegorical representations of the Philosophers’ Stone as a suffering and resurrected Christ, alchemical images point to practitioners’ attempts to accommodate their own interpretations and experiences within familiar, authoritative schemes. Yet the explanatory and illustrative power of alchemical imagery was itself transformed by shifts in the confessional and medical landscape of sixteenth-century Europe. For instance, the dissolution of English monasteries was accompanied not only by religious upheaval, but also the widespread dispersal of Latin alchemical material and its conversion into English – a process accompanied by attempts to recast “Catholic” imagery in new, doctrinally acceptable forms. The arrival of Paracelsian chemical medicine from continental Europe also reframed thinking about both medical and alchemical practice. By studying changes in alchemical image-making over two centuries, I will seek evidence that alchemy offers a new, rich source for studying changes in English religious and medical culture, both before and after the Reformation.

Jennifer Rampling is an Assistant Professor of History at Princeton University, where she teaches on the Program in History of Science. She received her Ph.D. in History and Philosophy of Science (HPS) from Cambridge in 2010, prior to holding a Wellcome Trust Postdoctoral Research Fellowship in the Department of HPS. Her work focuses on the history of medieval and early modern science and medicine, particularly alchemy. She is currently completing two books: The Making of English Alchemy, which traces the relationship between English alchemical ideas and practices from 1300–1700, and The Hidden Stone, which decodes a spectacular group of emblematic manuscripts, the so-called “Ripley Scrolls.” Her work on the Conversions project will contribute towards a new study of English alchemical imagery. She is the Editor of Ambix, the main specialist journal in the history of alchemy and chemistry. 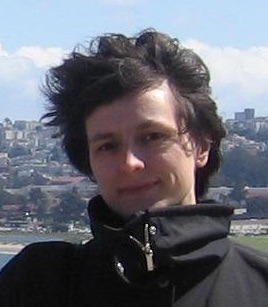