Jan-Melissa Schramm joined CRASSH as Deputy Director in October 2017. She is a University Lecturer in Nineteenth-Century Literature and a Fellow and Director of Studies in English at Trinity Hall. She practised as a lawyer in Australia before undertaking doctoral research in the Faculty of English here in Cambridge. Since finishing her PhD, she held firstly a Junior Research Fellowship and then a College Lectureship, before taking up her current University Lectureship. She also held the Crausaz-Wordsworth Fellowship at CRASSH in 2011-2012.

Jan works on eighteenth- and nineteenth-century literature, with a particular interest in authors whose writings engage intensely with law and the rhetoric of empiricism (especially Henry Fielding, William Godwin, Charles Dickens, and George Eliot); literature and theology (especially ideas of atonement, reconciliation, sacrifice, and the role played by mercy and forgiveness in public life); legal history, the law of evidence and professional ethics; Victorian jurisprudence (ideas of equity and equitability; institutional reform; penal policy; the tension between the rule of law and the martial force of empire); literary representations of Chartism, Chartist poetry, and mid-Victorian socialist thought; theatre history, religious drama and censorship.

Jan's publications include Testimony and Advocacy in Victorian Law, Literature, and Theology (CUP, 2000) and Atonement and Self-Sacrifice in Nineteenth-Century Narrative (CUP, 2012). Her next book will be titled Censorship, Dramatic Form, and the Representation of the Sacred in Nineteenth-Century England and she is currently engaged on a a study of what happened to the language of ‘rights’ in Britain in the post-French-revolutionary period, with the working title of ‘Nineteenth-Century Experiments in the Rule of Law.’. She is also Co-General Editor, with Professor Christopher Ricks, of the 11-volume edition of the Selected Works of the Victorian jurist James Fitzjames Stephen for OUP. 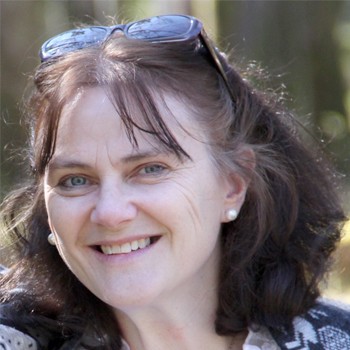