Dr Isaac Nakhimovsky was the Quentin Skinner Fellow 2019-20 and was expected  to be at CRASSH in Easter Term 2020. Due to the Coronavirus pandemic  his term with us has had to be deferred twice. We now expect him at CRASSH in Easter term 2022 when he will give his lecture 'The Most Liberal of All Ideas': The Holy Alliance and the History of Global Order. The lecture and associated symposium  will now take place on Friday 10 June 2022.

The post-Napoleonic Holy Alliance, proclaimed in 1815 by the Russian Emperor Alexander I, is now remembered in terms set by Karl Marx and Giuseppe Mazzini. For Marx, as readers of The Communist Manifesto will recognize, the Holy Alliance was a label for attempts to defend existing power structures against the specter of revolution. For Mazzini, it was the reactionary foil for the emergence of a peaceful international order of democratic nation-states. The aim of the lecture will be to challenge histories of liberal internationalism and global order that are built on these assumptions.
The lecture will set out to explain the reasons why, initially, the Holy Alliance was seen by many contemporaries as the dawning of a liberal future. In doing so, it will challenge the typologies that are often applied not only to the Holy Alliance but to the broader landscape of nineteenth-century political history and intellectual life. The ideas behind the Holy Alliance are usually associated with counter-revolutionary romantics and religious mystics. The lecture will seek to break down that picture by revealing the Enlightenment origins of the Holy Alliance, and showing how this long forgotten history intertwines with the better known histories of the nineteenth-century movements to abolish wars, poverty, and slavery. This is why, the lecture will argue, a range of liberals and republicans in Britain, France, protestant Germany, Switzerland, and New England regarded the Holy Alliance as the foundation for a post-imperial age of constitutional reform, economic development, and global humanitarian progress. Before the emergence of a liberalism that defined itself against the Holy Alliance, in other words, there was also a closely related liberal conception of the Holy Alliance. In this initial guise, the Holy Alliance appeared as an implementation of widely circulated eighteenth-century ideas about peace and prosperity. It was a mechanism for ending rather than restoring European colonial rule in the Americas and elsewhere.
This new perspective on the intellectual history of the Holy Alliance offers a fresh map for navigating some of the major political and intellectual debates about global order in the twentieth century. Many participants in these debates continued to derive moral and political lessons about liberalism from the post-Napoleonic moment. In revisiting the same moment here, the aim of the lecture is to expose the constricting effect that such derivations can have on political thinking, particularly when it is confronted with a window of potential systemic change.

Isaac Nakhimovsky is Associate Professor of History and Humanities at Yale University. His first book, The Closed Commercial State: Perpetual Peace and Commercial Society from Rousseau to Fichte (Princeton, 2011), showed how, in the context of the French Revolution, the German philosopher J.G. Fichte came to undertake a systematic treatment of economic independence as an ideal, or the political theory of what John Maynard Keynes later termed “national self-sufficiency.” He has also collaborated on an edition of Fichte’s Addresses to the German Nation (Hackett, 2013), and two volumes of essays on eighteenth-century political thought and its post-revolutionary legacies: Commerce and Peace in the Enlightenment (Cambridge, 2017), and Markets, Morals, Politics: Jealousy of Trade and the History of Political Thought (Harvard, 2018). His next book, A World Reformed: Liberalism, the Holy Alliance, and the Problems of Global Order, is forthcoming from Princeton University Press. 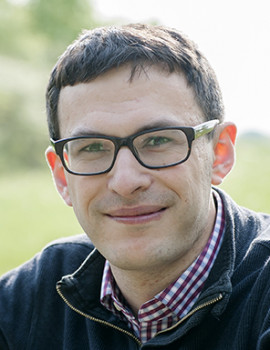