Baroness Helena Kennedy is a leading barrister and an expert in human rights law, civil liberties and constitutional issues. She is a member of the House of Lords and chair of Justice, the British arm of the International Commission of Jurists. She is a bencher of Gray’s Inn and Principal of Mansfield College, Oxford. She has been the chair of Charter 88, the Human Genetics Commission and the British Council. She also chaired the Power Inquiry, which reported on the state of British democracy. She has received honours for her work on human rights from the governments of France and Italy and has been awarded more than thirty honorary doctorates. She is currently acting in cases connected to terrorism. 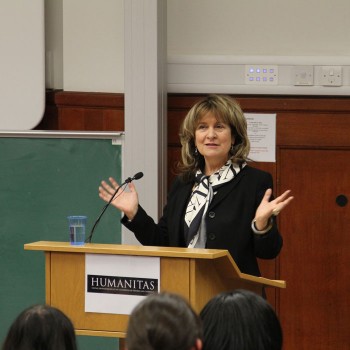