Helen Clark became the Administrator of the United Nations Development Programme in April 2009. She is also the Chair of the United Nations Development Group, a committee consisting of the heads of all UN funds, programmes and departments working on development issues. Prior to this, she served three successive terms as Prime Minister of New Zealand. During her career in Parliament, she chaired the Foreign Affairs Committee and, as Minister, was responsible for Conservation and Housing and subsequently Health and Labour, and was also Deputy Prime Minister. Prior to entering Parliament, she taught in the Political Studies Department of the University of Auckland. 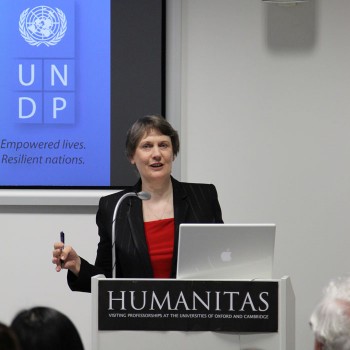