Striving for Citizenship: Struggles for Representation beyond Rights

The rupture within capitalist democracies between major parts of the citizenry and the political elites – be them young, middle class adults or the unaffiliated lower class – calls for a renewed thinking on what citizenship is and how it is performed. This failure and the rise of new forms of representation, I propose, urge critical citizenship studies to not only seek new answers to the fundamental questions of citizenship. It requires also posing new questions on what people as citizens do and how they enact their political subjectivity.

One upshot of this crisis is the rise of various populist responses, especially, but not exclusively, on the right, as citizens seek new means of representation. This challenge, as well as the rise of centrist parties that defy the left-right continuum, begs the question who is the political subject of citizenship, and how should citizenship be reconfigured as a means to rebuild social solidarity. Israel, where current forms of citizen participation expose the limits of citizenship, serves for me as a case study to revisit these timely questions and to also offer a corrective to the study of citizenship in Israel, which is still dominated by the structural model of multiple citizenship by Shafir and Peled (2002).

In my proposed book I depict three struggles – of labor migrants’ children, Arab-Palestinian citizens, and poor Mizrahi women – each of which demonstrates how human agency disrupts the order of the Israeli differentiated citizenship regime, and why liberalism is not a prerequisite for democratic participation. Seeing these struggles as preceding the fencing of groups within ethnic bounds helps us to de-essentialize social categories, and to offer an approach which is more sensitive to differentiation within social categories, not merely to differences between them. Arguably, these struggles shed new light on the power of the politics and theory of citizenship in exploring contemporary challenges to democracy and the rise of new radical forms of democratic participation.

Gal Levy (PhD, LSE) is a senior teaching faculty & researcher at the Open University, Israel. He had held visiting appointment at the University of Kansas, and has published on the intersection of education, ethnicity, religion and citizenship in both Jewish and Palestinian societies in Israel. His chapter on Contested Citizenship of the Arab Spring and Beyond has been published in The Routledge Handbook of Global Citizenship Studies (edited by E. F. Isin and P. Nyers, 2014). In his current work, Gal is investigating the emergence, post 2011, of activists' groups that challenge the neo-liberal order. His article Between Shaking the Tree and Rocking the Boat: The Not-Nice, Protest and Radical Democracy in Israel, (Israeli Sociology, 2016 in Hebrew) has been recently awarded the Best Published Hebrew Article by The Israeli Political Science Association, and will be published in English in World Political Science. Currently Gal is following the struggle for social housing in Israel. 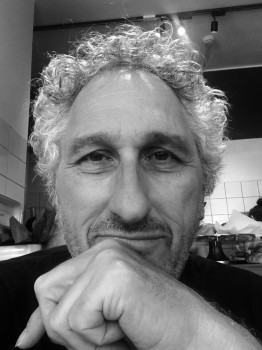