A smart city is a city where networked infrastructures and ubiquitous computing are built into urban space and extensively deployed for the management of urban systems, thus opening the door to the real-time and/or anticipatory control of activities and people. While in the eyes of smart city advocates this leads to more effective configurations of governance and to cities that are, overall, more open and more transparent, national authorities in the UK are actively supporting smart city initiatives throughout the country for their potential for economic growth. In light of these developments, my research at CRASSH looks at smart city initiatives launched in the United Kingdom to analyse the new coalitions of authority, expertise and capital that are brought together under the umbrella of ‘smart cities’, the new modes of governance that these groupings promote and how these interact with the historical, economical, social and political trajectories of specific locales, all with the aim of contributing to the development of a situated understanding of smart city initiatives.

Dr. Francesca Menichelli is a Research Associate on the Technology and Democracy project, part of the Cambridge Centre for Digital Knowledge at CRASSH. Previously, Dr. Menichelli was a postdoctoral researcher in the faculty of law and criminology at Vrije Universiteit Brussel, where she worked on the EU-funded FP7 project PRISMS. She received her PhD in urban studies from the University of Milano-Bicocca, for a work that analysed the diffusion of CCTV in Italy in light of wider processes of state reconfiguration taking place in the country in the last two decades and detailed how cameras are not used for crime control, but as a device for the circulation of resources between different institutions and levels of government. She has articles published in the European Journal of Criminology, Policing: An International Journal of Police Strategies & Management and the International Journal of E-Planning Research.

The national picture: the reconfiguration of sovereignty, the normalisation of emergency and the rise to prominence of urban security in Italy, European Journal of Criminology, published online ahead of print doi:10.1177/1477370813481134. 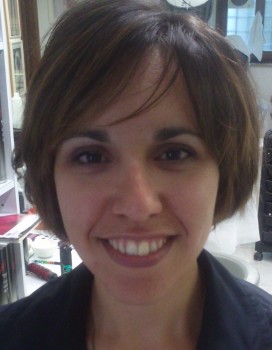