Eisenstein saw himself as a Soviet revolutionary artist but also knew that he was shaped by Decadence. The co-existence and collision of these “locations,” ultimately very productive for Eisenstein, is a central concern of my study, and it makes my project relevant to the CRASSH research theme “The Location of Knowledge.” Eisenstein’s double  “embeddedness” – uneasy, combustive, and provoking his incessant methodological self-analysis – requires special scholarly attention.

Evgenii Bershtein grew up in Leningrad, USSR. He studied Russian literature and linguistics at Tartu University, Estonia, and received his Ph.D. in Slavic Languages and Literatures from the University of California, Berkeley in 1998. Since 1999 he has been teaching at Reed College in Portland (Oregon) where he currently is Associate Professor of Russian. He was a postdoctoral fellow at the Harriman Institute for Russian Studies, Columbia University (2001 - 2002) and a Kone Fellow at the Helsinki University Collegium for Advanced Studies (the summers of 2004 and 2005).  Dr. Bershtein's recent publications include the following essays and book chapters: "Psychopathia Sexualis in Fin-de-Siècle Russia: Politics and Genre," "Two Short Essays on the Cult of Otto Weininger in Russia," " 'The Withering of Private Life': Walter Benjamin in Moscow,"  "'Next to Christ': Oscar Wilde in Russian Modernism," "An Englishman in the Russian Bathhouse: Mikhail Kuzmin's Wings and the Russian Tradition of Homoerotic Writing, " “The Notion of Universal Bisexuality in Russian Religious Philosophy,” and "Alexander Sokurov’s Melancholy Athletes".  A number of his publications can be found online at http://academic.reed.edu/russian/bershtein/index.html . 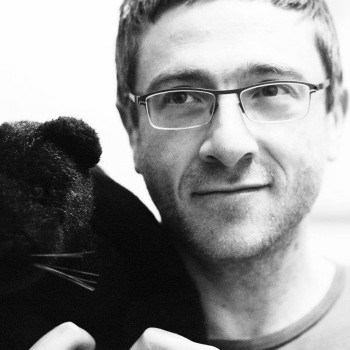