Professor Berry is a Visiting Fellow at CRASSH in Easter Term 2018.

Reassembling the University: The Idea of a University in a Digital Age

In times of deep economic and political uncertainty I believe there is a pressing need to revisit the constellations of concepts grounding the idea of a university for a digital age. My new research examines the relevance of ideas that historically assembled the university in differing periods beginning in the 19th century until the present. Through a combination of archival, interview, and site-based fieldwork the research will examine how the university was a highly contested space through the creation of networks of relations between devices, bodies, sites, and institutions at different historical periods. By focusing on the university as a site of culture and institutional knowledge, the project examines how the politics of these networks depends upon the precise configuration of the relations and things of which they are composed and how a recomposition through digital technologies is arguably taking place today. The idea of an “idea of a university” far from being obsolete is, rather, crucial for providing a compass for the university in a complex new environment and which can aid in understanding and enrolling digital technologies into the work of advanced learning. This research will be published as a new monograph titled “Reassembling the University: The Idea of a University in a Digital Age”.

David M. Berry is Professor of Digital Humanities, University of Sussex, and Member of the SCR at Lincoln College, University of Oxford. His recent books include Critical Theory and the Digital (2014), Postdigital Aesthetics: Art, Computation and Design (2015, with Michael Dieter) and Digital Humanities: Knowledge and Critique in a Digital Age (2017, with Anders Fagerjord). He was recently awarded a British Academy Mid-Career Fellowship for his new research on “Reassembling the University: The Idea of a University in a Digital Age”. His two new books are Against Algorithms (Polity, 2019) and The Idea of a Digital University (OUP, 2019). 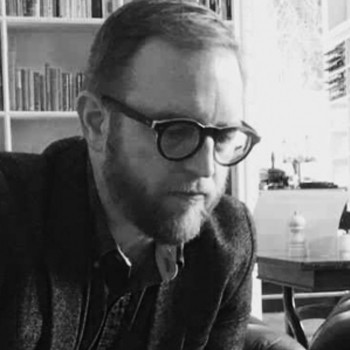