Transparency: The Cultural History of an Idea

My project explores a historical phenomenon that was transformative on many levels: the rise of architectural glass in Europe. My key interest is to investigate how this process affected—and reflected—cultural, social, and economic realities. The projects begins with Roman times, when glass first was used for fenestration. This technological know-how did not fall into oblivion in the post-Roman world, but the architectural contexts for the use of glass changed significantly in the course of the early and high middle ages. My study will focus on the late medieval and early modern period—a period in which the cultural and technological groundwork was laid for the large-scale introduction of glass into private architecture. The final part of the project will be dedicated to the developments of the past two hundred years, as it was only from the nineteenth century onward that architectural glass came to be industrially mass produced—and, by extension, that transparency became a mass experience.

As I hope to show, the rise of architectural glass in Europe cannot be explained solely in technological or economic terms. It is crucial to probe the complex and dynamic cultural contexts that informed people’s attitudes toward glass as a material. This also leads to the broader question of how the large-scale introduction of glass into domestic spaces influenced the way people perceived and interpreted the world in which they lived, especially the relation between interior and exterior space.

Daniel Jütte is a historian of early modern and modern Europe. He is currently a Junior Fellow in the Harvard Society of Fellows and a Fellow at the Wissenschaftskolleg, Berlin. He has taught as Lecturer in the Department of History at Harvard as well as at the University of Heidelberg, from which he earned his Ph.D. in History. He has been a recipient of various fellowships, including from the German Research Foundation (DFG), the German National Academic Foundation (Studienstiftung), and the Daimler Benz Foundation. 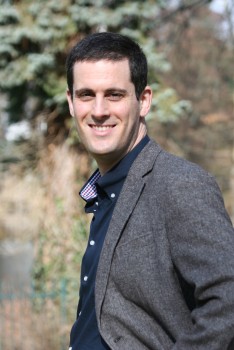