Land, Water and Settlement and the Indus Civilisation

The Indus Civilisation was the first complex society in South Asia, and at its height (c.2500-1900 BC), extended across much of modern Pakistan and parts of India, covering an area much larger than the contemporary civilisations in Mesopotamia and Egypt. The Land, Water and Settlement project has been conducting field research into human and environment relationships in NW India since 2008, including landscape surveys in three different areas of NW India, and excavations at six separate archaeological sites.

At a fundamental level, this project is demonstrating that the relationships between climate, environment and the settlements of the Indus Civilisation are far more complicated than has previously been assumed, and that our understanding of these parameters is in need of revision.

While at CRASSH, I will be bringing the results of the Land, Water and Settlement project to final publication, synthesising evidence for palaeoclimate reconstruction, geoarchaeology, archaeobotany, water stress on plants and animals and material culture and in the process revolutionising our understanding of the way that Indus populations lived in and responded to the environment and climate of NW India.

Cameron Petrie has been with the Division of Archaeolog at the University of Cambridge since 2005 when he came to Cambridge as the Resarch Council's UK Fellow in South Asian and Iranian Archaeology. Prior to that he was the Katherine and Leonard Woolley Junior Research Fellow at Somerville College Oxford (2003-2006), and was appointed to this position after finishing his PhD at the University of Sydney (1998-2002). Cameron conducts research on the archaeology of India, Pakistan and Iran. His research primarily focuses on the investigation of complex societies. He is particularly interested in the rise of complexity, the social and economic aspects of state formation, the impact that the growth of states and empires has on subjugated regions, and the relationships between humans and the environment. He has  extensive field and research experience at archaeological sites dating from the Neolithic up to the medieval period in India, Pakistan and Iran, and co-directs projects in each of these countries. 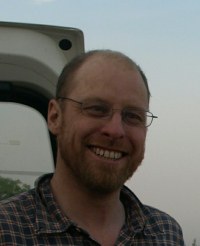