Two decades later, a new government is elected. It wishes to do away with the old human rights legislation which, it believes, has not worked in the way that it was supposed to. But its new Bill is only passed by a simple majority, not a two-thirds majority. Is the new Parliament legally able to repeal the old human rights legislation, or has it been legally bound by its predecessor?

There is disagreement among judges and legal academics about what the true state of affairs might be. Is Parliament ever legally able to bind its successors, and if so how?

Another question has perhaps received comparatively less attention from lawyers. What would be the more appealing state of affairs? Regardless of which state of affairs is true (as a matter of legal doctrine), which might we find more attractive? At CRASSH my research will attempt to make a modest assessment of the comparative attractiveness of two plausible views about Parliament’s ability to make law. This research will, among other things, draw upon some of the rich literature in political philosophy and political science.

Asif Hameed is a Fellow in Law at Selwyn College, Cambridge. He has been based at Cambridge since 2013. Prior to this he completed a D.Phil in Law at the University of Oxford, where he also taught several papers on the Law degree. At Cambridge, he teaches Constitutional Law, Jurisprudence (Legal and Political Philosophy) and European Union Law.

Asif’s research interests lie mainly in the fields of Constitutional Law, Jurisprudence and Public International Law. He enjoys conducting research at the intersection of these fields. He is currently working on a book that is a mix of Constitutional Law and Jurisprudence. It is entitled A Theory of the Constitution, and it attempts (among other things) to shed new light on an old question: is the British Parliament legally able to make any law whatever? 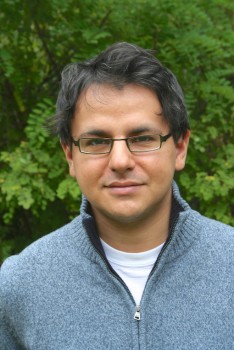