Dr Arthur Asseraf is a Cambridge Early Career Fellow and will be at CRASSH in Lent Term 2021. Arthur is also our SCAS/CRASSH/Profutura Fellow 2021-24.
While at CRASSH, I will begin work on a new project on the history of race in late 20th century France. The central question of this project is: what happens to racial categories when the state denies that race exists? I will examine how racial difference could be affirmed, denied, or hinted at in France between 1958 and 1995, focusing on a local study of a town in Southern France. From a local understanding in the specific context of Fifth Republic France, this study will contribute to a global history of race in the post-war period. Rather than affirming that race disappeared or simply continued under new guises, I will trace how its epistemic basis shifted by looking at when, where, how, and by whom race could be articulated by focusing on the intersection of administrative practice, social science research and media. During my term at CRASSH, I will begin to lay out the global context for this story by researching other national contexts.

Dr Arthur Asseraf is a University Lecturer in the Faculty of History and a fellow of Pembroke College. He is a historian of modern North Africa, France and the Mediterranean, with particular interests in histories of information, race, and colonialism. Born and raised in Paris, he completed his DPhil in Oxford where he was Examination Fellow at All Souls College. His first book, Electric News in Colonial Algeria, which came out with Oxford University Press in 2019, explored the globalization of information across a deeply divided settler society. 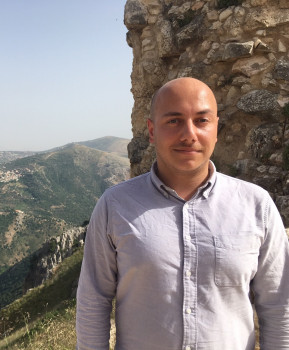