The seminar takes an interdisciplinary approach to two questions that lie at the intersection of epistemology and the study of religion. (1) Is religious belief subject to epistemological standards continuous with those that we apply to everyday or scientific questions? (2) In light of (1), is there a genuine conflict between religious and more scientifically oriented ways of understanding reality? In addition to exploring these questions from philosophical and theological perspectives, the seminar will add historical and anthropological dimensions in order to assess whether many contemporary disputes over ‘religious belief’ may result in part from a peculiarly modern conception of what it means to ‘believe’ something in the first place.

In addition to forming a bridge between the faculties of Divinity and Philosophy, our interdisciplinary approach will be of interest to those pursuing questions of religion and belief in Cambridge Faculties and Departments such as History, English, Psychology, and Anthropology. The wider need arises from the fact that the public debate on religion, nowadays probably as ill-tempered as at any time since the Inquisition, is generally conducted in terms that simply take for granted that the answer to (1) is ‘yes’. The result is that much contemporary discourse often ends up treating ‘religious belief’ as formal intellectual assent to a list of metaphysical articles, thereby creating a polarized atmosphere of dispute. By seeking a richer examination of what ‘belief’ might mean philosophically, or has meant historically, the seminar will contribute to more fruitful engagement with the relation between scientific and religious questions, both on the academic as well as the public level.

Arif Ahmed has been a Senior Lecturer in the Faculty of Philosphy at the University of Cambridgeg since October 2011. He works on Wittgenstein, decision theory and formal epistemology. Philosophically a Humean, politically a libertarian and theologically an atheist, he frequently takes part in public debates with advocates of religion, including most recently William Lane Craig, Tariq Ramadan and Keith Ward.

His recent publications include Casual Decision Theory: a counterexample. Philosophical Review 122: 289-306 (2013) and From game-theoretical accounts of cooperation to meta-ethical choices. Studies in Christian Ethics 26:176-83 (2013). 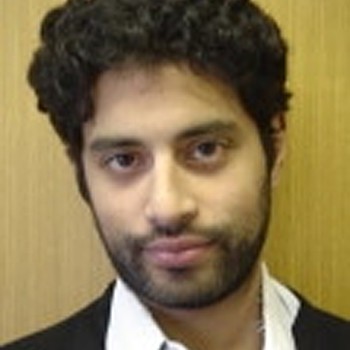