Alison Searle is a CRASSH Conversions Visiting Fellow in Easter 2017

Religious nonconformity is often associated with the anti-theatrical: my current research project challenges such assumptions arguing that it embodies much from the world of performance. I am examining the formation of religious dissent in early modern Britain (c. 1620-1750) through a detailed analysis of the various ways in which nonconformists embodied and performed their religious convictions including preaching, corporate worship, drama, prayer, singing and the establishment of epistolary networks. My methodological approach is interdisciplinary, combining material analysis of manuscript correspondence, sermon notes and other contemporary accounts and bibliographical examination of pamphlets and paratexts in printed works, with literary critical readings of the content, and theoretical resources drawn from performance studies in order to reconstruct the spatial and performative dimensions of nonconformist religious practice. Key theoretical concepts include spectatorship, or a politics of audience, space, dissimulation, embodiment, conversion and belief. These are interrogated through a series of literary, dramatic and historical case studies in order to enhance our understanding of the formation of religious dissent, the ways in which it was performed or embodied, and its significant contribution to the republic of letters in early modern Britain.

From September 2016, Alison Searle will be a University Academic Fellow in Textual Studies and Digital Editing at the University of Leeds. She is co-general editor of The Complete Correspondence of Richard Baxter (forthcoming in nine volumes with Oxford University Press) and editor of The Sisters (1642) by James Shirley (also for OUP). She is working on her second monograph provisionally entitled Religious Dissent, Performance and the Republic of Letters in Early Modern Britain. Alison was an ARC DECRA postdoctoral fellow at the University of Sydney (2012-2016), an AHRC Research Associate on the Complete Works of James Shirley at Anglia Ruskin University, Cambridge (2008-2012), and a Leverhulme Visiting Fellow at Queen Mary, University of London (2006). She completed her BA (Hons) in English Literature (2002) and her PhD (2005), also in English Literature, at the University of Sydney. 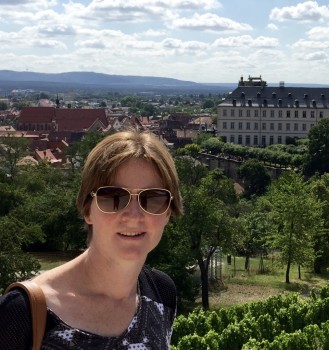