British technology in the age of empire and exploration: reconciling locations of production and use during the long eighteenth century

During the long eighteenth century, Britons used technologies including precision clockwork and optical, mathematical and philosophical instruments that were largely manufactured and sold in London. These were exported across the provinces and overseas in massive numbers and were taken on voyages, expeditions and postings abroad. They were employed in all manner of activities from the research and observation later termed ‘science’ to applied uses including navigation, surveying, and military manoeuvres. However, there was a disconnect between the way these technologies operated at their point of production in London and the way they did so in other locations. Instrument and clock makers produced their wares within the context of the distinctive socio-economic and geographical landscapes of the metropolis. They often did so without firsthand experience or knowledge of the sometimes-distant lands and waters in which they would be employed. Changing and challenging environmental conditions there could easily alter or damage equipment. Some manufacturers were also not fully familiar with the disciplinary and institutional frameworks within which the technologies would be used, for example those of the Navy.

From the late seventeenth to the early nineteenth centuries, this resulted in a variety of individual and institutional approaches to negotiating the disparities between the operation of technology at the point of production and at the point of use. These included compensatory practices on the part of individual operators, collaborations between makers and users during production, and increasingly institutional efforts to maintain specific standards of instrumentation and knowledge management. I will be researching the origins, nature and impact of these approaches to managing the use of British technology in different locations. This will contribute to the relatively recent trend in the histories of science, technology, and material culture towards consideration of the fragility and changeability of objects and of local variation in (and efforts to standardise) technology-dependent activities.

This project builds off of both my doctoral research at the University of Oxford and my previous postdoctoral research at the University of Cambridge. The doctoral dealt with the socio-economics, geography, and material and visual cultures of the instrument trade in early modern London. The post-doctoral dealt with the British Board of Longitude (1714-1828) including its foundation and earlier history, relevant interpersonal and institutional networks, early modern means of communication and establishing authority, and navigation and the ‘search for the longitude’ in Europe from the sixteenth century on. My work at CRASSH will unite these two complementary subjects and expand to include a broader set of individual and institutional actors and locations and a more comprehensive concept of technology.

I will address many questions about what informed the production of technologies and associated publications to be employed afar, and how users might attempt to either control production or to compensate for problems in use. For example, to what efforts did the makers of technology go to ensure that their products were actually ‘universal’, or suited for use at sea, as they often claimed? As the London livery companies transitioned from regulatory bodies to organisations mainly used for (valuable) socio-economic networking – what structures and considerations, if any, took their place? I will also examine the changes that occurred over time in how institutions responded to, and attempted to manage or to overcome, the difficulties of using technology afield. For example, there is a complex story to be told in how the Admiralty and the Board of Longitude at first left officers and expedition astronomers to develop their own methods of mitigating such problems, before moving towards standardisation of practice and technology.

I will explore such issues through a wide range of primary sources. These will include individual and institutional archival holdings and communications, publications from advertisements and news items to expedition accounts and user instructions, and surviving examples of technologies. This will also involve the consultation of wide-ranging secondary sources on subjects in the history of the long eighteenth century. These include ‘science’ and technology, uses of technology such as surveying and navigation, the communication and movement of ideas and frameworks as well as objects, and bureaucratic and socio-economic developments. At the same time, I hope to foster ties with and between scholars from a wide variety of specialties who are similarly studying the effect of location, and particularly of changing location, on material culture and ideas in different places and times. These dynamics remain relevant even in the modern world, despite the growth of multinational corporations and the existence of much faster global communication.

Alexi Baker is a Mellon/Newton Postdoctoral Fellow at CRASSH, 2013-15

Dr Alexi Baker was previously a post-doctoral research associate in the Department of History and Philosophy of Science at the University of Cambridge with Professor Simon Schaffer on the AHRC-funded project ‘The Board of Longitude 1714–1828: Science, Innovation and Empire in the Georgian World’.

Dr Baker’s research has encompassed a wide range of subjects, mostly within the long eighteenth century. Her doctoral research focused on the socio-economics, geography, and visual and material culture of the trade in ‘scientific’ instruments in early modern London. Her postdoctoral research on the Board of Longitude (1714-1828) has encompassed that and additional subjects, including navigation and the ‘search for the longitude’ from the sixteenth century on. She has also examined relevant interpersonal and institutional networks, and early modern means of communication and establishing authority. Dr Baker has experience in museums, digital humanities, and public communication as well, and has received numerous grants and writing awards. She is a member of the British Society for the History of Science, the Scientific Instrument Society, and the National Association of Science Writers. 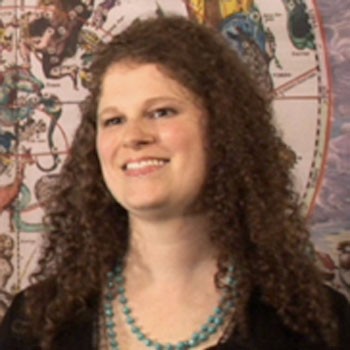