Alexander Regier is a Visiting Fellow at CRASSH in Lent and Easter Terms 2017.

Troubling Enlightenment, as its title suggests, describes a double movement. It is a research project that troubles and disturbs historically conventional accounts of the Enlightenment. But it also reveals that there is a version of the Enlightenment whose figures are intellectual, artistic, and poetical troublemakers or disconcerting figures, many of whom have been unduly neglected.

During my Fellowship at CRASSH, I will pursue two important aspects of this broad project. The first is to uncover a forgotten Anglo-German network of thought and writing in Britain between 1730 and 1790. Most current accounts limit important Anglo-German relations firmly to the post 1790s, thus classifying them as “Romantic”, yet my archival and comparative research reveals that not only is this historically inaccurate but also that it has led to a problematic construction of the Enlightenment and Romanticism.

Secondly, my research will focus on a particular relation within that Anglo-German context: the virtually uncharted but significant connections between the British artist and poet William Blake (1757-1827) and the German writer Johann Georg Hamann (1730-1788), two of the most troubling figures for, and in, Enlightenment and Romanticism. Despite their deep affinities, the English poet and the German philosopher have never before been read in tandem.

In their combination, these two stories show us the urgency of understanding the transition between Enlightenment and Romanticism as a polyglot, cross-national phenomenon. They also compel us to reimagine relations between authors we may think now we know well and to redefine this historical transition in new, globally more accurate ways. This matters deeply to contemporary literary criticism since it compels us not just to readjust literary history, but also to bring to bear a new standard of comparative reading that is open to trouble narratives of national literatures and the deep-seated histories of ideas that are connected to those narratives.

Alexander Regier is Associate Professor of English at Rice University and editor of the scholarly journal SEL Studies in English Literature 1500–1900. He is the author of Fracture and Fragmentation in British Romanticism (Cambridge University Press, 2010), the co-editor of Wordsworth’s Poetic Theory: Knowledge, Language, Experience (Palgrave, 2010), and has edited special journal issues on “Mobility” and “Genealogies”. His articles on William Blake, William Wordsworth, Georg Hamann, Durs Grünbein, Walter Benjamin, rhetoric, ruins, utopianism, contemporary poetry, the aesthetics of sport and other topics have appeared in FMLS, European Romantic Review, Germanic Review, Sport in History and elsewhere.

He has been the recipient of numerous awards and fellowships. Currently, he is working on a comparative monograph (Troubling Enlightenment) about Anglo-German relations during the Enlightenment and early Romanticism with particular attention to William Blake, Georg Hamann, and contemporary literary theory. Further projects include a book on contemporary sports writing (Training Grace: Aesthetics, Writing, Sport) as well as essays on Byron, Keats, visual culture, Gerhard Richter, and the sense of the “real” in Romanticism. 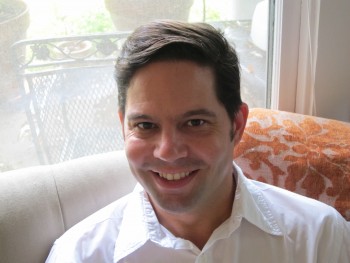