What to Do With Carbon?

In any case, carbon emitted today is likely to remain far beyond the span of human life, at least in our current cognitive abilities.

Before the virus, I had been planning a workshop titled 'What to do with carbon?'

I began with the assumption, widely held among scientists and policy-makers, that if we have any hope of keeping global average temperatures below 2 degrees (and assuming we have blown the budget for 1.5) a rapid transition to non-fossil fuels will not suffice. We will have to do something with carbon already in the atmosphere. This 'something' has been given various names including 'geoengineering'. In any case, carbon emitted today is likely to remain far beyond the span of human life, at least in our current cognitive abilities. Initiatives already underway address carbon dioxide removal from logistical scientific-technological, ethical and policy points of view. This interdisciplinary workshop, including critical theorists, geologists, artists and historians, among others, invited participants to think in broad and creative ways about the subject. Their interventions could have been anywhere on a spectrum from the imaginary to practical; from the preposterous to the mundane.

Among the key questions or issues that I raised in my invitation were:

Discussions comparing the virus to climate change began to spring up within with days of the recognition of a global pandemic. Some people wrote optimistically that the coronavirus would mobilise the public sphere to do something, finally, (but what?) to curtail the ecosystem breakdowns that seem to lie at the heart of what we are facing. Others suggested that the 'post-virus' era might see changed behaviour on the part of consumers. At the same time the media reported on ghost flights and bailouts of the airlines that would allow them to postpone pledges for emissions reductions indefinitely. Catastrophist accounts suggest that the pandemic will lead to a global depression that will lead to further climate inequality; that zoonotic diseases such as Covid-Sars can be linked to deforestation, urbanisation and agricultural intensification that are also key factors in climate change. Perhaps, we have learned, there is a link between the most severe hotspots and severe air pollution, although there are also some exceptions. These stories appeared along with images of clean skies and waters and rewilding of urban and suburban terrains; calls for mindful care of the self. And so on.

But the fact remains that C02 levels are still around 415 ppm, up from a year ago, although less than where they might be without the lockdowns.

The fact also remains that something must be done with carbon already in the atmosphere and carbon to be released in the very near future even if the concentrations are less than they might have been if we had not begun energy transitions or had this pandemic. As various thinkers note, including Holly Buck in After Geoengineering: Climate Tragedy, Repair and Restoration, we may not really like carbon dioxide removal (or net zero or negative carbon emissions) but it is past time to scale it up. The arena is very fluid. It moves much faster than the normal pace of humanities-based academic work, and yet now I imagine the negative carbon dioxide movement will be completely stalled given that other emergency. All the more reason to think about it.

Karen Pinkus is Leverhulme Visiting Professor with The Faculty of Modern and Medieval Languages and Linguistics, and CRASSH from May 2019 – June 2020. She is Professor of Romance Studies and Comparative Literature at Cornell University, where she is also editor of the journal diacritics. She is author of numerous pioneering publications in environmental humanities, cultural studies, film and literary theory. Her most recent publication is: Clocking Out: The Machinery of Life in 1960s Italian Cinema, published by University of Minnesota Press, 2020 in 2020. 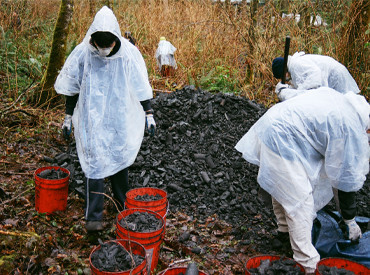