My interest in the nature of evidence in-clinic decision-making probably began very early in my life. Between being a poorly child and also an athlete, I spent a lot of time in hospitals and with specialists

The Impossible Clinic explores the conundrum of evidence-based medicine’s (EBM) attempt to translate evidence from medical research into recommendations for practice. We asked Ariane Hanemaayer to explain her findings.
Ariane is Assistant Professor of Sociology at Brandon University in Canada and currently a Visiting Fellow at CRASSH (2019 – 20) as well as a Visiting Research Associate at Wolfson College. 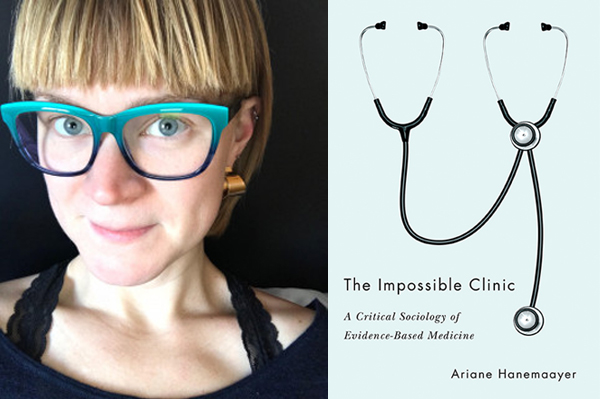 Q. Ariane, what is your book The Impossible Clinic: A critical sociology of evidence-based medicine about?

The Impossible Clinic is the first book to interrogate and confirm the pitfalls of evidence-based medicine (EBM). Through an engagement with Michel Foucault’s method of genealogy, the book explains the historical emergence of EBM, why it fails, and how it persists due to intersecting relationships between professional medical regulation and liberal governance strategies. In writing the book, I wanted to offer a soft-critique of the idea in the biopolitics literature that learning to be better judges of health evidence was characteristic of modern liberal medicine. Instead, I wanted to show that not-judging by following guidelines was an effect of liberal governance on the clinic. So I was extending our understanding of the ways liberalism operates at institutional levels.

My interest in the nature of evidence in clinic decision-making probably began very early in my life. Between being a poorly child and also an athlete, I spent a lot of time in hospitals and with specialists. I can recall a rather stern doctor telling me "this is evidence-based medicine, Ariane" to silence my questions about a diagnosis and medication that I was prescribed. It was a "final word" that was intended to be gospel, and that I should take this physician’s word as truth (it turned out they were wrong, actually). That conversation stuck with me as I went through my post-graduate education. Following the completion of my PhD, provincial medical colleges in Canada had begun to "endorse" guidelines, following on the heels of both NICE in the UK and similar initiatives in the USA. I wanted to understand what that meant and where the rubber met the road, so to speak, between evidence, policy, and regulatory endorsement and the clinic, so I began an archival and historical investigation of the origins of EBM.

The book begins with a historical investigation of the problematization of medical knowledge in clinical practice – are physicians using new scientific knowledge in their practice? Because clinical epidemiology offered to resolve identified issues by making clinical judgment more scientific, I then provide an analysis of the first clinical epidemiology department, which was at McMaster University in Canada and the birthplace of EBM. This program implemented a number of new training curricula in medical education, and we can see how the problems and solutions in the literature were institutionalized there. Next is a chapter on the problem-based learning method as a way of training physicians to keep up with new knowledge and implement it at the bedside. What happens next is the establishment of a regulatory apparatus to ensure that physicians keep up with new knowledge post-graduation. By analysing a database of disciplinary actions taken against physicians in Canada, I conclude that evidence-based guidelines are playing a role in assessing physician judgment. This all makes EBM impossible: guidelines fail to increase individual physicians’ capacity to judge – as EBM promises – because they externalize judgment while imposing disciplinary control. The final chapter explains why this happens by demonstrating the role of liberal governance strategies. These strategies tend to make health care an individual matter, one where physicians need to provide better care, rather than through government investments in new health care infrastructure.

Q. In your view, wherein lies the book's main contribution to our understanding of evidence-based medicine?

I see the bookmaking three contributions to the field: 1) in the history of medicine by demonstrating the important role of clinical epidemiology and later evidence-based medicine to reforms in medical education at McMaster University; 2) in medical sociology by addressing the regulatory power of clinical practice guidelines; and 3) in Foucauldian governmentality studies by explaining the externalizing effects of some liberal governance strategies on responsibility.

My analysis provides a framework for both future research in medical humanities and dialogue about the institutional mechanisms that are causing EBM to fail. The book, thus, invites various stakeholders and audiences to consider the medicine they want and to reform medical institutions effectively in light of those goals.

The Impossible Clinic: A critical sociology of evidence-based medicine is published by UBC Press, Canada.

Ariane Hanemaaer is co-editor with Christopher J Schneider, of The Public Sociology Debate: Ethics and Engagement (2014). 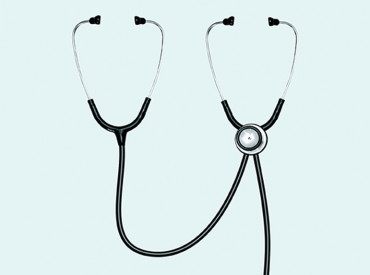