Fostering Ethics: Islam, Adoption and the Care of Children

Adoption represents a fraught issue for many Muslims due to a perceived religious prohibition on the practice.

The conference on ‘Fostering Ethics: Islam, Adoption and the Care of Children’ took place online on 25 June 2020 and convened a group of academics, professionals and community members to discuss issues related to adoption in Islam and the care of vulnerable Muslim children both in the UK and worldwide. The event’s joint sponsors, CRASSH and the Centre of Islamic Studies at the University of Cambridge, helped realise a vision for the programme that was not only interdisciplinary but also included perspectives not ordinarily represented within a shared setting or at a typical academic conference. As it became clear over the course of the afternoon, the topic itself mandates such an approach.

Adoption represents a fraught issue for many Muslims due to a perceived religious prohibition on the practice. The presentations at the conference shed light on how this apparently straightforward claim belies a far more complex reality but also remains entangled in a host of challenges: from problems in immigration or family reunification cases and the needs of unaccompanied asylum-seeking minors (as discussed by Nadjma Yassari and Rositsa Atanasova) to longstanding concerns with the recruitment of Muslim foster carers (as discussed by Tay Jiva, and an overall theme in the third session).
The far-reaching tensions underlying the topic have led Nermeen Mouftah to observe what she terms the Muslim orphan paradox, focusing on the ‘paradigmatic’ figure of the orphan in traditional Muslim discourses of charity: ‘while care of the orphan is a much-lauded form of giving, precisely what care should look like is highly contested.’ Of course, such contestation remains no less an ongoing feature of social work theory and practice in general, as conveyed in Sariya Cheruvalil-Contractor’s keynote presentation on the salience of religion as a consideration in her research and policy recommendations concerning Muslim children in the British care system.
The conference thus broadly juxtaposed two areas of inquiry: Islamic law and practice at large, and current concerns in the British context. At a basic level, and perhaps also the most consequential, is a question of terminology and definitions for adoption, fostering, and other forms of guardianship. What are the relevant terms used in Islamic law and when, why and how did some of them (but not others) come to correspond to our contemporary notions of adoption? To answer this question requires attending closely to not only Islamic texts and history, but also appreciating the contexts for the relatively recent codification of adoption laws in the modern West. A historical perspective is likewise necessary to understand the modern institutionalization of care in orphanages and children’s homes, on which there is already a considerable body of scholarship in Middle East and Islamic Studies though unfortunately not always accessible to practitioners in social work.


Of course, Islamic law is not an abstract monolith but continues to be variously interpreted and implemented in modern Muslim jurisdictions. The implications of this inform the major research project on comparative Islamic family law led by Nadjma Yassari at the Max Planck Institute for Comparative and International Private Law in Hamburg. Her discussion of the background to this project further underscored the need for precision and clarity in the terms under discussion, especially in the legal context.

The perspectives from lived experience, on the other hand, reveal a much wider array of social and cultural factors that shape the struggles of children and their guardians. David Pitcher delivered a moving presentation based on his extensive interviews with Muslim foster children in the UK. In the roundtable discussion that followed, Sonia Hamdani spoke powerfully about her own experience growing up in foster homes. Joining her on the panel was Sabbir Ahmed, who spoke about his long-time dedication to serving as a foster carer, and Mohammed Bashir, who shared his experienced perspective as manager of Active Care Solutions, a fostering agency working with Muslim children and families in the Birmingham area.

The final session of the conference was thus an invitation to center the voices of those at stake in this discussion, and highlighted various ways in which religious belief and identity give meaning to relationships of care. But as all of the speakers recognized and emphasized, Islam is not the only consideration but rather one among many factors informing the experiences of children and families or the decisions of social workers and policymakers. As interlocutors, community stakeholders have insights to share that can help academics pursue new research questions, not only in relevant branches of the social sciences but also history and theology. Moreover, as Sariya Cheruvalil-Contractor emphasized throughout her keynote, researchers themselves are often guided by lived experience.

Hopefully, then, future conversations in this area may find inspiration in the format of this event and extend it further to include other perspectives that it did not include. The main challenge in planning the conference also turned out to be its highlight, as it helped identify common threads between the presentations on different aspects of a big and complex topic. While research or advocacy in every context has its own specific concerns and priorities, exchange across fields and even national boundaries clearly remains crucial for systematic reflection on the issues discussed. The innovative and consistently interdisciplinary outlook of CRASSH remains a good model in this regard, as it was the original motivation for a conference that would combine research and critical thinking on a difficult issue with a commitment to outreach and public engagement.

Text by Arafat A Razzaque. 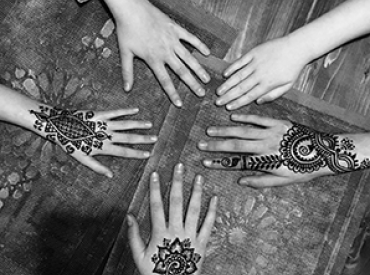