My latest article examines how, since at least the mid-eighteenth century, British farmers have used some pretty noxious substances to prevent pests and diseases from destroying their crops.

Q. Dr Holmes, congratulations on your new article 'Melancholy Consequences: Britain's Long Relationship with Agricultural Chemicals Since the Mid-Eighteenth Century'. What is the article's primary focus and why do you think it is important?

My latest article examines how, since at least the mid-eighteenth century, British farmers have used some pretty noxious substances to prevent pests and diseases from destroying their crops. Today chemical pesticides are used extensively in industrialised agriculture. It is common knowledge that, while these pesticides help keep our crops safe, they come with health and environmental costs, as articulated by Rachel Carson in her 1962 book Silent Spring. What is less well known is that chemicals such as arsenic and copper sulphate were used on British farms over a century before the anxieties of the 1960s. By soaking seeds in solutions of arsenic or copper, eighteenth and nineteenth-century farmers hoped to ward off common fungal diseases. My article shows that the use of agricultural chemicals goes back much further than we once thought. I also investigated what consequences the use of seed steeps had and how legislation was eventually introduced to limit the use of seed steeps and protect public health. This history forms an important background to modern debates over the use of toxic chemicals in agriculture, particularly as copper sulphate is still used as a fungicide by organic farmers today.

Q. How did you conduct the research?

To understand how seed steeps were used in Britain, I first turned to eighteenth-century agricultural textbooks. These books, produced by wealthy landowners, were understandably concerned with how to mitigate the impact of fungal diseases on crops. One controversial measure was the use of arsenic. Although most landowners agreed that arsenic was more or less effective at protecting crops, they were also aware it posed serious danger. Farmhands were at risk from handling arsenic and seeds soaked in arsenic might be consumed by cattle or birds. The problems of using arsenic on the farm really hit home in the mid-nineteenth century, when game birds such as partridges were discovered to have died after eating poisoned seeds. Critics of the practice were alarmed by the prospect of unwary consumers eating these poisoned birds, with one doctor even suggesting that poisoned partridges might have contributed to an outbreak of cholera! To further understand concerns about health and seed steeps, I turned to nineteenth-century newspapers. Regional newspapers carried out their own investigations, interrogating farmers and checking that game sold in local markets had been shot, not poisoned.

Q. Which aspect of environmental history do you find particularly interesting, and why did you decide to specialise in British agriculture?

My interest in environmental history largely focuses on the movement of plants and animals around the world. I am also interested in the closely related subject of human attitudes towards certain species: why we label some as vermin, others as native or alien and so on. Agriculture and land use are hugely important to understanding how we perceive different plants and animals. I have previously written about how foresters and farmers were hostile to animals beloved by many, such as the red squirrel, which they believed damaged their livelihoods. Yet I arrived at the history of agricultural chemicals quite by accident! While looking into nineteenth-century attitudes towards different birds I happened upon an account of partridge poisoning written by Dr Henry William Fuller in 1848. I realised that the similarities between this account and Rachel Carson and the DDT controversy were quite remarkable and decided to investigate further. The rest, as they say, is history.

ARTEFACT is funded by the European Research Council under the European Union’s Horizon 2020 Framework Programme for Research and Innovation (ERC grant agreement no. 724451) 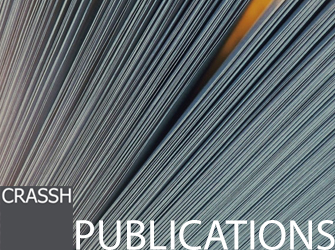 • Mediation Without Measures: Conflict Resolution in Climate Diplomacy
– Luke Kemp
• What Is Unfair About Unequal Brute Luck? An Intergenerational Puzzle
– Simon Beard
• Getting Away from the Noise: Jewish-Muslim Interactions and Narratives in E1/Barbès
– Sami Everett
• Gender, Domestic Energy and Design of Inclusive Low-Income Habitats
– Ronita Bardhan 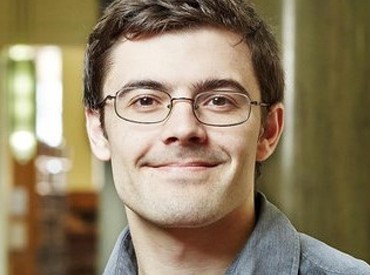