Wu Hung is Harrie A. Vanderstappen Distinguished Service Professor in Chinese Art History, Director of the Center for the Art of East Asia, and the Consulting Curator of the Smart Museum of Art at the University of Chicago. An elected member of American Academy of Arts and Sciences, he has published widely on both traditional and contemporary Chinese art. His major works in traditional art include The Wu Liang Shrine: The Ideology of Early Chinese Pictorial Art (1989), Monumentality in Early Chinese Art and Architecture (1995), The Double Screen: Medium and Representation in Chinese Painting (1996), Liyi zhongde meishu (Art in its ritual context, 2 vols., 2005), Meishushi shiyi (Ten discourses on art history, 2008), Shikong zhong de meishu (Art in time and space, 2009), and The Art of the Yellow Springs: Understanding Chinese Tombs (2010). In the field of contemporary art, he has curated many influential exhibitions, and has written books and catalogues including Transience: Chinese Experimental Art at the End of the Twentieth Century (1999), Exhibiting Experimental Art in China (2000), Reinterpretation: A Decade of Experimental Art in China (1990-2000) (2002), Remaking Beijing: Tiananmen Square and the Creation of a Politic Space (2005), and Making History: Wu Hung on Contemporary Art (2008). 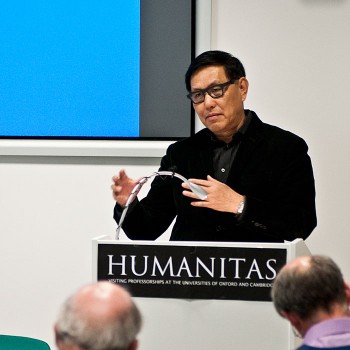