Wim Pijbes was appointed General Director of the Rijksmuseum, Amsterdam, in July 2008. Born in Veendam in the Netherlands in 1961, he studied Art History, Film Studies and Philosophy at the University of Groningen. Following his doctorate in 1987, he began his career at Theater Lantaren/Venster in Rotterdam. In 1992, he began organising exhibitions internationally that focused on 17th-century Dutch art and on Dutch design, and in 1994 he founded Art Support, a company which organised exhibitions in Europe. He joined the Kunsthal Rotterdam as Exhibitions Coordinator in 1996, becoming Director in 2000, a position he held until his appointment as General-Director of the Rijksmuseum in 2008.

In addition to his role at the Rijksmuseum, he is Chairman of the Supervisory Board of Droog Design; a board member of Vereniging Rembrandt (Rembrandt Society); he also serves the Advisory board of the Koninklijk Oudheidkundig Genootschap, on the Consiglio di Indirizzo (Advisory Board) of the Palazzo Strozzi in Florence. He contributes to several magazines, newspapers and the weekly opiniating television program Buitenhof. He has written two children's books on looking at art.

He has particpated in many juries, including the new Stedelijk Museum, the Art Fund Museum of the Year, Liget, the new museumpark in Budapest, the Gouden Penselen (on children book illustrations), the Libris prize for Literature. He chairs tastings and juries on culinary heritage including herring and jenever.

From 1 August 2016 Wim Pijbes will be the founding director of the Voorlinden Museum and Park.

The Humanitas Chair in the History of Art has been made possible by the generous support of J E Safra and the Weidenfeld Hoffmann Trust.

The Humanitas Visiting Professorship in the History of Art explores a wide range of approaches to the history of art, from the economic, social and philosophical to the cultural and aesthetic. 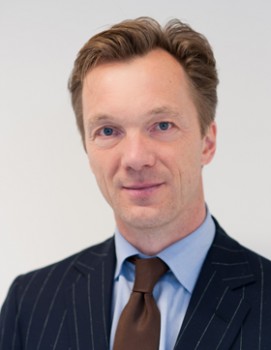