John Locke and the Fable of Liberalism

The third Balzan-Skinner lecture and colloquium explores one crooked and circuitous route by which John Locke was claimed by liberalism and came over time to be refashioned in its image.  For it was Locke's fate to become the hero of what we might call 'the fable of liberalism', the story which liberalism recounts to itself about its origins and purposes in enacting and reproducing its preferred ways of thinking about the human condition and the nature and limits of political life.  This fable begins with Hobbes, and charts a more or less inevitable process which culminates in 'modernity' - the triumph of reason over superstition, of the individual over the inherited order, of the rule of law over the rule of man, of freedom over authority - and the concomitant faltering and waning of authority in all its guises in modern societies.   The fable of liberalism, like most fables, is designed to charm the mind.  It does not so much ignore or supersede the facts as organize them selectively with a view to perpetuating a particular view of things, a view which associates modernity with reason, individualism, the rule of law, freedom and every good thing in life, refashioning the history of political thought and the internal political and social mechanisms of liberal society alike in its own image.

Locke is a pivotal figure - perhaps the pivotal figure - in the history of liberalism on this view.  In liberal minds it was Locke who put into  currency the persuasive conceptions which contributed centrally to the emergence and spread of liberal ways of thinking about politics which continue to ramify in the present.  It was Locke who established that the legitimacy of a political authority was a necessary condition of obedience to it and that its legitimacy was a product of the consensual route by which it came into existence; and it was Locke who established that the route by which it came into existence determined the ends for which it existed and, with these, the scope of its authority. In short, the liberal desiderata of limited government, legitimacy, and consent were explained in an exemplary way by Locke, and he remains the great exemplar for understanding and conducting politics legitimately even today. 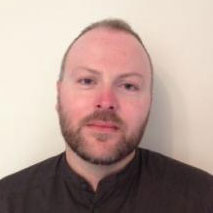