Modern disciplinary distinctions between 'political science', 'political theory' and 'political philosophy' are relatively new developments in the long history of political thought. Much excellent work exists on their emergence and on the implications these divisions had on the study of politics in the West, from the late eighteenth century to the present. But the idea that there might be a ‘science of politics’ is an old one. From 1500 to 1800, as ideas of what it meant to do science changed so rapidly, so too did what it mean to investigate the science of politics. We know far less about the forms ‘scientia civilis’ took, or the debates it prompted in this period. I will  focus on this period and upon the debates about the nature of political science that occurred within it. In so doing I would aim to recover more clearly a central episode in the intellectual history of civil philosophy in Europe.

Dr Sophie Smith  will be giving the Quentin Skinner lecture on Friday 9 June.

Dr Sophie Smith is the Quentin Skinner Fellow 2016-17. She will be at CRASSH in Easter Term 2017.
Sophie Smith is a historian of political thought; her main research addresses the nature and limits of the state, the intersection between ideas of empire, citizenship and political philosophy, and the historical development of so-called philosophical and scientific approaches to politics. Her work to date has focussed primarily on early modern perspectives on these issues. She has further research interests in Greek and Roman political thought (particularly Plato and Aristotle), the relationship between philosophy and imaginative literature (especially the uses of drama, imaginative prose and poetry by political theorists and the reasons they give for doing so), and contemporary environmental and feminist political theory.
In 2014 she received a PhD in the History of Political Thought from the University of Cambridge (Trinity College) after an MPhil in Political Thought and Intellectual History and a BA in History, both also from the University of Cambridge. She is currently an Associate Professor of Political Theory in the Department of Politics and International Relations at the University of Oxford. 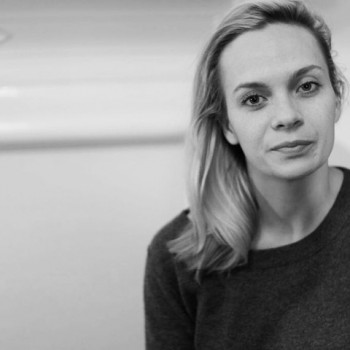