My academic and research interests are broadly within comparative literature, literatures in translation, world literature and theory, literary radicalism and anti-colonialism, literature as an archive, and the literary and print-cultures of the global South. I am currently at work on a book-length project to map out the literary and material history of the short story in India (written not only in English but also in many of India’s literary vernaculars, called the bhasas).

I also have abiding interests in the digital and computational humanities, and my work attempts to examine the ways in which digital reproduction (‘digitisation’) affects not only the form and provenance of a text, but also the form of scholarship around it, i.e the appraisal of its contexts. I am interested, as such, in exploring the notion of the digital colonial: how digital practices and cultures exist in relation to power and colonial authority, and also how new forms of digital-textual media present to us new perspectives for critical and ethical thinking.

Some aspects of my project entail collaboration with the British Library, the Alan Turing Institute in London, and the Transkribus Project (READ-COOP). At Cambridge Digital Humanities (CDH), where I am primarily based, I am working on a project to index and visualise a history of magazines, journals, pamphlets, and related ephemera within which short stories (alongside other forms of short prose and verse writing) commonly appeared in the colonial and post-colonial world. This project also serves as a framework for raising a set of questions around canon-creation, citational erasure, exclusion of minor and/or minority literature, and to examine altogether the disruptive potential of the digital in literary and critical practice. 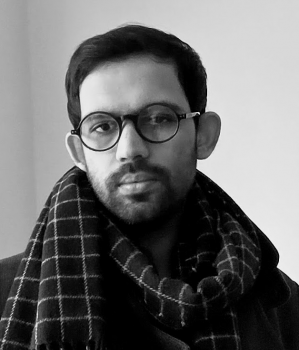