Dr Shinjini Das is a Bible and Antiquity Postdoctoral Research Fellow at CRASSH.

Dr Shinjini Das has been trained in History at Presidency College, Calcutta University and at the Centre for Studies in Social Sciences, Calcutta before completing her PhD at University College London in early 2012.  She was a Post Graduate Teaching Assistant at UCL between 2011-12 and is now a research fellow at the Centre for Research in Arts, Social Sciences and Humanities at Cambridge. Dr. Das is a historian of South Asia interested in the vernacular careers of European categories, concepts and texts in the making of the colonial modern. Her work primarily interrogates issues of translation, assimilation, vernacularisation and nationalism.

She is currently engaged in two projects: The first is a book manuscript based on her doctoral dissertation (Homoeopathic Families, Hindu Nation and the Legislating State: Making of a Vernacular Science, Bengal 1866-1941).  It  traces the cultural production of homoeopathy as a ‘vernacular science’ in Bengal by studying the interactions between Calcutta based homoeopathic family firms, sporadically dispersed mofussil physicians, the British colonial state and the emergent nationalist governments. It explores the ways in which German homoeopathy as detailed in Hahnemann’s Organon was ‘translated’ as a specific Hindu worldview, an economic vision and a disciplining regimen for colonial domesticities.

Since October 2012 Dr Das has been involved as a ERC Postdoctoral fellow in the project ‘Bible and Antiquity in Nineteenth century Culture’ at the University of Cambridge where she is studying the history of Bible translation in British Bengal with a view to understand the location of Bible as a text in histories of colonial modernity.

To what extent was the unprecedented global circulation of the Bible in the nineteenth century implicated in histories of imperialism? How was the Holy Scripture imposed, appropriated, contested and reworked in the distant colonial outposts of the empire? What was the location of the Bible in histories of colonial modernity? My research aims to answer these questions by exploring the history of Bible translation in colonial Bengal primarily through a study of the myriad Bible societies. It seeks to understand ‘translation’ as an intensely political exercise fraught with issues of authority, authenticity, power and nationalism. While unraveling the material, institutional and linguistic aspects of Bible translation, I am deeply interested in assessing the role of indigenous collaboration and the exigencies of the vernacular print markets.  This extends the standard missionary-centric focus of the existing historiography in understanding colonial Christianity.

The trope of translation enables me to pursue the relation between Bible and antiquity along two related strands:  First, my work collates the frequent references to a Classical European past in framing imperial ideology, as well as draws upon the literature delineating the symbiotic relation between the Christian missions and British Empire. ‘Imperial Bible’ thus becomes an obvious site to understand the convergence of the twin concepts of Christianity and antiquity. Second, by studying the countless editions of translated Bibles and the fervent discussions they stoked in Bengali society, I examine how notions of a Christian antiquity engendered ideas constituting a Hindu Sanskritic tradition with ancient Vedic roots.

My research, therefore, traces the process of Bible’s vernacularisation by locating it within the complex histories of colonial governance, imperial ideologies, Hindu reform agendas, bhadralok revivalist politics, exigencies of colonial publishing industry as well as the nationalist aspirations of the colonized. 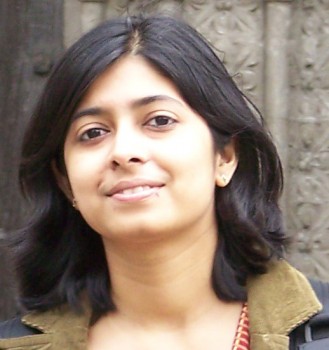