Richard Haass is the Humanitas Visting Professor in Statecraft & Diplomacy 2014-15.

He is president of the Council on Foreign Relations, a position he has held for more than a decade. The Council on Foreign Relations is an independent, nonpartisan membership organization, think tank, and publisher dedicated to being a resource for its members, government officials, business executives, journalists, educators and students, civic and religious leaders, and other interested citizens in order to help them better understand the world and the foreign policy choices facing the United States and other countries.

Dr. Haass is the author or editor of twelve books on American foreign policy and one book on management. His most recent book is Foreign Policy Begins at Home: The Case for Putting America's House in Order. Dr. Haass was the independent chair of the official multi-party panel established in 2013 to address some of the most divisive political issues affecting Northern Ireland. For his efforts to promote peace and resolution there, he received the 2013 Tipperary International Peace Award.

From January 2001 to June 2003, Dr. Richard Haass was director of policy planning for the Department of State, where he was a principal adviser to Secretary of State Colin Powell. Confirmed by the U.S. Senate to hold the rank of ambassador, Dr. Haass also served as U.S. coordinator for policy toward the future of Afghanistan and U.S. envoy to the Northern Ireland peace process. For his efforts, he received the State Department’s Distinguished Honor Award.

Dr. Haass has extensive additional government experience. From 1989 to 1993, he was special assistant to President George H.W. Bush and senior director for Near East and South Asian affairs on the staff of the National Security Council. In 1991, Dr. Haass was awarded the Presidential Citizens Medal for his contributions to the development and articulation of U.S. policy during Operations Desert Shield and Desert Storm. Previously, he served in the Departments of State (1981-85) and Defense (1979-80) and was a legislative aide in the U.S. Senate.

Dr. Haass also was vice president and director of foreign policy studies at the Brookings Institution, the Sol M. Linowitz visiting professor of international studies at Hamilton College, a senior associate at the Carnegie Endowment for International Peace, a lecturer in public policy at Harvard University’s John F. Kennedy School of Government, and a research associate at the International Institute for Strategic Studies. A Rhodes scholar, Dr. Haass holds a BA from Oberlin College and Master and Doctor of Philosophy degrees from Oxford University. He has received honorary degrees from Hamilton College, Franklin & Marshall College, Georgetown University, Oberlin College, Central College, and Miami Dade College. 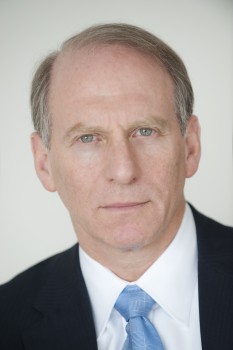