Rachel’s current project starts from the observation that transformations in matrimonial and contract law traced by legal historians through the sixteenth century have no equivalent in the legislation that defines rape and distinguishes it from other sexual relations. As a result of the Protestant Reformation, sexual practices and contractual arrangements came under renewed scrutiny in early modern Europe, becoming an area of conflict between Protestants and Catholics, and secular and ecclesiastical legal jurisdictions, but this seemingly had little effect on the legal categorisation of ‘rape’.

‘Rape’ is neither an objectively knowable entity, nor an objective category, it is defined in opposition to different forms of ‘legitimate’ sexual relation in historically contingent ways. While legal definitions of rape remain relatively undeveloped in this period, the narrating of sexual crimes in early modern European literature is indicative of a keen social interest in the high stakes of distinguishing rape from other kinds of sex. Take the tales of Lucretia and Philomela as examples, written in the classical period they are numerously adapted in renaissance Italy, France, Spain, and England. In these texts, the stakes of honour make it essential for women and men to distinguish between kinds of sexual relation in more nuanced ways. Rachel’s work situates literary sources, once used to study influence, alongside legal archival documents, within a ‘trajectory of cultural transactions’ (Marrapodi: 2004), and reads literary accounts alongside those of their historical counterparts made available by surviving legal archival documents, in an attempt to substantiate the early modern cultural narrative of rape.

Rachel E. Holmes is a postdoctoral researcher on the ERC-funded project Crossroads of Knowledge in Early Modern England: The Place of Literature at CRASSH/The Faculty of English, at the University of Cambridge and a Junior Research Fellow of Wolfson College.

She is currently revising for publication a monograph on clandestine contracts in early modern European law and literature, which argues that the popularity of the clandestine marriage plot in literature corresponds closely to developments and emerging conflicts in matrimonial and contract law.

As a Research Associate on Crossroads of Knowledge, she is working on a new project that explores the keen social interest in early modern Europe in the high stakes of defining and distinguishing rape from other kinds of sexual contracts.

She also sits on the Steering Committee of the University of St Andrews Institute of Legal and Constitutional Research and co-organises the Centre for Mediaeval and Early Modern Law and Literature with John Hudson and Lorna Hutson.

‘In Flagrante Delicto: Vividness And Adultery In Law And Literature.’ Law and Literature in the Medieval and Early Modern Period, University of Ghent, 28 August. Invited speaker

‘ “To pick trueth out of partiality”: Romeo and Juliet, Law, and Mimetic Adaptation.’ Mimesis on Trial, Merton College, University of Oxford, 20 May. Invited speaker

‘ “Tied to the lawes of Poesie, and not of Historie?” Romeo and Juliet and Mimetic Adaptation.’ Law and Poetics in Shakespeare. Shakespeare Association of America Annual Meeting 2017, Atlanta, GA, 5–8 April. Seminar participant

'A Widow's Will in Early Modern Adaptations of The Duchess of Amalfi,' Early Modern Interdisciplinary Seminar, University of Cambridge, 10 February. Invited speaker

‘”My words express my purpose”: Consent in Renaissance Retellings of the Story of Epitia,’Historicising Rape, Cardiff University, 8-10 July. Speaker 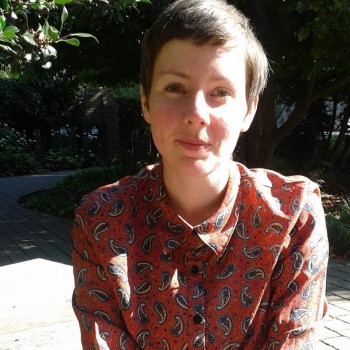