Born in Paris, April 13, 1936, Pierre Rosenberg  studied at the Lycée Charlemagne in Paris, gaining a Law degree, and also graduated from the Ecole du Louvre. In 1962, he joined the Department of Paintings at the Louvre. This is where he made his career, starting as an assistant, later promoted curator of the heritage at the Department of Paintings. In October 1994, he was appointed Chief Executive of the Louvre, which had become a public institution in 1992. He left in April 13, 2001.  From 1981 to 1993, he was also the curator of the National Museum of Franco-American Friendship Blérancourt.

After his Focillon scholarship at Yale University in 1961-1962, he was invited to stay at the Institute for Advanced Study at Princeton (1977) and at the University of Cambridge (1987) as Slade Professor. He held the chair of French painting at the Ecole du Louvre in 1970-1971. After a period as  President of the French History of Art Society from  1982-1984, he was elected President of the French History of Art Committee in 1984. Since its founding in 1969, he has been part of the editorial board of the Journal Revue de l’art. He has contributed to XVIIecentury, Print Quarterly,  Artibus et Historiae, Museum Management and Curatorship, the Revue du Louvre and Burlington Magazine. He is a foreign member of the American Academy of Arts and Sciences, the American Philosophical Society (Philadelphia), the Accademia Nazionale dei Lincei, the Accademia Nazionale di San Luca, and the Accademia del Disegno (Florence), the Accademia Pietro Vanucci (Perugia), the Ateneo Veneto (Venice), the Istituto Veneto di Scienze, Lettere ed Arti (Venice) and Accademia Clementina (Bologna). He is also an honorary fellow at the Royal Academy (London).

His work as an art historian focussed essentially on 17th and 18th century French and Italian drawing and painting as well as on the history of collecting. He has written over two hundred articles in major journals, and contributed to a publication dedicated to art historians of our time.

He was elected member of the French Academy on 7 December 1995. 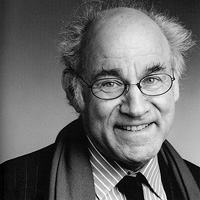