The emergence of new technology has repeatedly appeared unique to those living through the resulting changes. The digital revolution of the decades around the year 2000 has generated unprecedented claims of exceptionalism, with particular regard to the potentially redemptive or destructive power of the digital. New technologies of communication have the obvious potential to transform the conduct of democratic society, but it is far from obvious how to assess the nature of this transformation as well as its implications. This project seeks to investigate such claims through a set of historical comparisons and contextualisations which will pose the question of whether – and in which ways – we have been here before. Its aim will be to provide a set of tools for thinking critically and constructively about the impact of the digital revolution on democracy.

Dr Nora Ni Loideain is a Postdoctoral Research Associate for the Technology and Democracy Project at CRASSH. Her doctoral research at the University of Cambridge Faculty of Law examined the impact of the right to privacy on the EU Data Retention Directive which mandated the mass retention of EU citizens’ communications metadata for national security and law enforcement purposes. Previously, she was a Legal and Policy Officer for the Office of the Director of Public Prosecutions of Ireland and clerked for the Irish Supreme Court. Her research interests focus on governance, human rights and technology, particularly in the fields of digital privacy, data protection and state surveillance.

Nora is also an Affiliated Lecturer at the Cambridge Faculty of Law, a Visiting Lecturer for the LL.M. Privacy and Information Law module at King’s College London and a Senior Research Fellow at the University of Johannesburg's Faculty of Humanities. 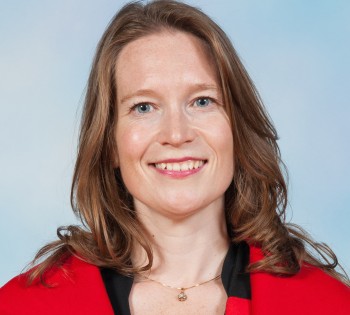