Natasha Walter read English at St John's College, Cambridge University, and then went to Harvard as a graduate student on a Frank Knox Fellowship. Her first job was at Vogue magazine, she subsequently worked as a reviewer, columnist and feature writer at the Independent, the Observer and the Guardian and became a regular broadcaster particularly on BBC2's Newsnight Review and BBC Radio 4's Front Row. In 1999 she was a judge on the Booker Prize, and in 2013 a judge on the Women's Prize for Fiction (formerly the Orange Prize).

In 1998 her first book, The New Feminism, was published. Her second book, Living Dolls: the Return of Sexism, was published in 2010. She is a passionate advocate for the rights of women and children who seek asylum in the UK , and in 2006 she founded the charity Women for Refugee Women, which campaigns for the rights of refugee women. Natasha has co-written two reports on the experiences of refugee women in the UK: Refused: the experiences of women denied asylum in the UK and Detained: women asylum seekers locked up in the UK. In 2008 Natasha wrote a verbatim play, Motherland, which was performed by Juliet Stevenson and Harriet Walter at the Young Vic theatre and helped to kickstart the campaign against the detention of children in the UK, which led to policy change in 2010. WRW is currently campaigning to end the detention of women who seek asylum in the UK.

While in Cambridge Natasha Walter will give two lectures on the theme of From Sexism to Solidarity and participate in the Cambridge Women of the World Event. 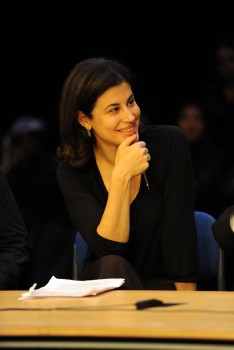