Mitsuko Uchida is a performer who brings a deep insight into the music she plays through her own search for truth and beauty.  She is renowned for her interpretations of Mozart, Schubert, Schumann and Beethoven, both in the concert hall and on CD, but she has also illuminated the music of Berg, Schoenberg, Webern and Boulez for a new generation of listeners.  Her recording of the Schoenberg Piano Concerto with Pierre Boulez and the Cleveland Orchestra won four awards, including The Gramophone Award for Best Concerto. Amongst many current projects, Uchida is recording a selection of Mozart’s Piano Concerti with the Cleveland Orchestra, directing from the piano: all of the discs in this series have received critical acclaim, including a Grammy Award in 2011.

Mitsuko Uchida performs with the world’s finest orchestras and musicians.  Some highlights from recent years include her Artist-in-Residency at the Cleveland Orchestra, where she directed all the Mozart concerti from the keyboard over a number of seasons.  She has also been the focus of a Carnegie Hall Perspectives series entitled ‘Mitsuko Uchida: Vienna Revisited’.  She has featured in the Concertgebouw’s Carte Blanche series where she collaborated with Ian Bostridge, the Hagen Quartet, Chamber Orchestra of Europe and Royal Concertgebouw Orchestra as well as directing from the piano a performance of Schönberg’s Pierrot Lunaire.  Uchida has also been Artist-in-Residence at the Vienna Konzerthaus, Salzburg Mozartwoche, Lucerne Festival and with the Berlin Philharmonic Orchestra, with whom she performed a series of chamber music concerts and a Beethoven Piano Concerti cycle with Sir Simon Rattle.

Mitsuko Uchida records exclusively for Decca and her recordings include the complete Mozart piano sonatas and piano concerti; the complete Schubert piano sonatas; Debussy’s Etudes; the five Beethoven piano concerti with Kurt Sanderling; a CD of Mozart Sonatas for Violin and Piano with Mark Steinberg; Die Schöne Müllerin with Ian Bostridge for EMI; the final five Beethoven piano sonatas; and the 2008 recording of Berg’s Chamber Concerto with the Ensemble Intercontemporain, Pierre Boulez and Christian Tetzlaff.  Uchida’s most recent discs include a CD of Mozart’s  Piano Concerti K.456 and K.459, with Uchida directing the Cleveland Orchestra from the piano, live in concert (the fourth in this series); and two acclaimed discs of Schumann’s solo piano music.  A DVD featuring a live performance of Schoenberg’s Pierrot Lunaire from the Salzburg Festival and an accompanying documentary was released in 2012 by Bel Air and Film+co, in the centenary year of this pivotal work.

Mitsuko Uchida has demonstrated a long-standing commitment to aiding the development of young musicians and is a trustee of the Borletti-Buitoni Trust.  She is also Director of the Marlboro Music Festival. In May 2012 she was awarded the Royal Philharmonic Society’s Gold Medal.  In June 2009 she was made a Dame Commander of the Order of the British Empire and received an Honorary Degree from the University of Cambridge in 2014. In 2015 Mitsuko Uchida was awarded the Golden Mozart Medal at the Salzburg Mozartwoche. 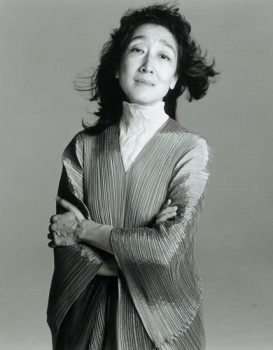