In 2003 UNESCO adopted the Convention for Safeguarding Intangible Cultural Heritage, wherein the notion of history flexes to include multiple forms of representation encoded within cultural practices that are always in situ. This project engages with the Convention’s applications by exploring via film (as performance practice) and monograph (as theory) the hidden and marginal terrain of Stourbridge (“Stirbitch”) Fair held in Cambridge between 1211 and 1932.

Originally founded to support the work of the Leper Hospital, the Fair rapidly outgrew its host to comprise the most significant event of its kind in medieval Europe: an international epicentre for many forms of cultural and biological transaction. Defoe’s Tour (1724) describes “a well-fortified city, and there is the least disorder and confusion I believe, that can be seen anywhere with so great a concourse of people.” Its development serves as a material analogue of the movement from an economy of subsistence to that of surplus and, by the Nineteenth Century, the formalised business of pleasure.

Today the site yields little in the way of knowledge of this temporary polis other than the husk of the twelfth-century Leper Chapel and survivals of the Fair’s ephemeral presence in the names of local streets. Patchily documented in text and all but unrepresented visually, it comprises an acute instance of culture without archive. A seven-century continuity of human presence and, moreover, a zone of declassification afforded by the ‘grotesque body’ of carnival, has been subject to deletion, which is consistent with an event that annually performed its own erasure. Stirbitch in itself is a haunting: an absence of presence, or presence of absence.

My work will appraise the site as a mnemonic to reflect more widely upon the relationship between habitat, performance and cultural memory. I aim to demonstrate that the resulting imaginary of the unique formation of the Fair can yield acute insights into the spatial performance of social life, and the affective ties between people and the physical contours of the land. In so doing, its emerging counter-spatial procedures might suggest alternative modes of sociability and encounter in the face of late-capitalist attitudes toward land and ecology alike.

Michael Hrebeniak is Director of Studies in English at Wolfson College and Lecturer in English at Magdalene College Cambridge. He previously taught Humanities and Jazz History at the Royal Academy of Music and Metropolitan Studies at New York University, and held a Research Fellowship at Cranfield University, where he explored the uses of art in organisational leadership across the areas of climate change and creativity. He has also served as Producer for Optic Nerve, an independent company specialising in poetry documentaries for Channel 4.

He currently co-leads the English Faculty’s Performance Research Rhizome and the Performance: Art-Critique-Experiment (P:ACE) collaboration between Cambridge and Central Saint Martins, and chairs the Faculty’s Visual Culture Subject Group. His concern with interdisciplinarity informed his first book, Action Writing: Jack Kerouac’s Wild Form, which offered a direct engagement with the mid-century American cultural field. His journalism has appeared in the Guardian and on BBC Radio. He has an allotment. 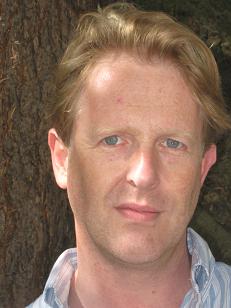