Ambassador Melanne Verveer is the first US Ambassador for Global Women’s Issues and was appointed to this newly created position by President Obama in 2009. The President’s decision is unprecedented and reflects the elevated importance of these issues to the President and his Administration. In her capacity as director of the Department of State’s new office on Global Women’s Issues, Ambassador Verveer coordinates foreign policy issues and activities relating to the political, economic and social advancement of women around the world.  She mobilizes concrete support for women’s rights and political and economic empowerment through initiatives and programs designed to increase women’s and girls’ access to education and health care, to combat violence against women and girls in all its forms and to ensure that women’s rights are fully integrated with human rights in the development of US foreign policy.

Previously, Ambassador Verveer served as the Chair and Co-CEO of Vital Voices Global Partnership, an international NGO she co-founded. Vital Voices invests in emerging women leaders and works to expand women’s roles in generating economic opportunity, promoting political participation and safeguarding human rights.  Prior to leading Vital Voices, she served as Assistant to the President and Chief of Staff to the First Lady in the Clinton Administration where she was chief assistant to Hillary Clinton and led her global efforts to promote progress for women. She is the recipient of countless awards, appears frequently in the press and holds undergraduate and graduate degrees from Georgetown University. 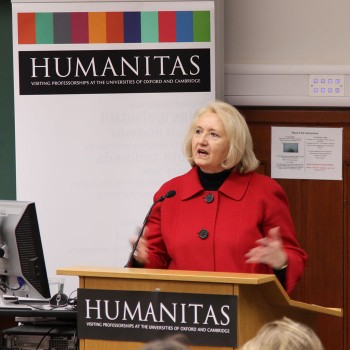