Matt Holmes is a Postdoctoral Research Associate on the ERC-funded ARTEFACT project and a member of the Centre for Global Knowledge Studies (gloknos).

Matt joins us from the University of Leeds to research science and agriculture in the British Empire, and continue to develop his research project on the graft hybrid. He will work on the ARTEFACT-Hybrid strand of the project while also contributing to activities with the Centre for Global Knowledge Studies (gloknos).

Matt's doctoral thesis, 'From Biological Revolution to Biotech Age: Plant Biotechnology in British Agriculture since 1950,' was an exploration of the history of plant biotechnology and its application to British agriculture since the 1950s. This looked at the manipulation of crop plants through hybridization and irradiation, as well as the rise of genetic biotechnology. Some of Matt's other research interests include species history and the history of nineteenth-century natural history.

Genetics and the Mendelian principles underlying it are called upon in almost every aspect of our lives. Our genes supposedly determine everything from our personality to future health risks. Human manipulation of the genome through selective breeding and crossing also underpins global agriculture. Yet how did this come to be? Was there a time when our understanding of heredity and breeding could have taken a very different path? ARTEFACT-Hybrid explores a fundamental, yet unexamined, aspect of the history of genetics and biotechnology: the graft hybrid.

At the heart of ARTEFACT-Hybrid is the question of whether grafting could create new plants and animals. Over two millennia ago, Theophrastus of Eresus divided the art of grafting into two. While practitioners of the first type worked in harmony with nature, the second group were troublemakers, who grafted wildly different plants in the hopes of producing such horticultural monstrosities as stoneless or multi-coloured fruit. These monstrosities would later be termed graft hybrids by Charles Darwin in 1868. Following the rediscovery of Mendel’s work in 1900, graft hybridization was used to demonstrate that heredity was more complex than Mendelians believed. The graft hybrid later became a matter of intense intellectual and ideological scrutiny during the Cold War, while recent discoveries that grafted plants can exchange genetic material has revitalised Marxist interpretations of biology and the advocates of genetically modified crops alike.

For much of the twentieth century, the graft hybrid posed a viable challenge to the dominance of Mendelian genetics. ARTEFACT-Hybrid uses this counterfactual history to ask why certain historical paths are taken and how we became set on these paths. The project also examines the creation and distribution of different systems of knowledge. Who was best placed to speak with authority on the existence of graft hybrids? Was it horticulturalists and breeders with their tacit knowledge? Or biologists, supported by the new sciences of physiology and genetics? This division is revelatory of the social turmoil and contingency from which emerged some of our most cherished forms of knowledge.

ARTEFACT-Hybrid is part of the CRASSH project ARTEFACT, which is funded by the European Research Council under the European Union’s Horizon 2020 Framework Programme for Research and Innovation (ERC grant agreement no. 724451) 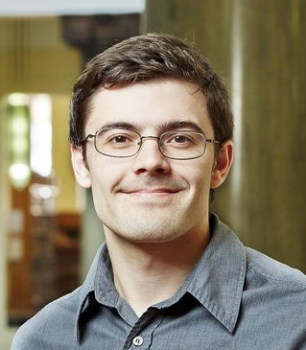