Margaret MacMillan is the Humanitas Visiting Professor in War Studies 2013-14.

She is the Warden of St Antony’s College and a Professor of International History at the University of Oxford. Her books include Women of the Raj (1988, 2007); Peacemakers: The Paris Conference of 1919 and Its Attempt to End War (2001); Seize the Hour: When Nixon Met Mao, and The Uses and Abuses of History. Her most recent book is The War That Ended Peace. She is a Fellow of the Royal Society of Literature and a Senior Fellow of Massey College, University of Toronto, Honorary Fellow of Trinity College, University of Toronto and of St Hilda’s College, University of Oxford, and sits on the boards of the Mosaic Institute and the Reuters Institute for the Study of Journalism, and the editorial boards of International History and First World War Studies.  She also sits on the Advisory Board Institute for Historical Justice and Reconciliation and is a Trustee of the Rhodes Trust. 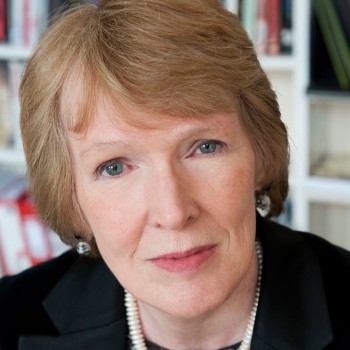